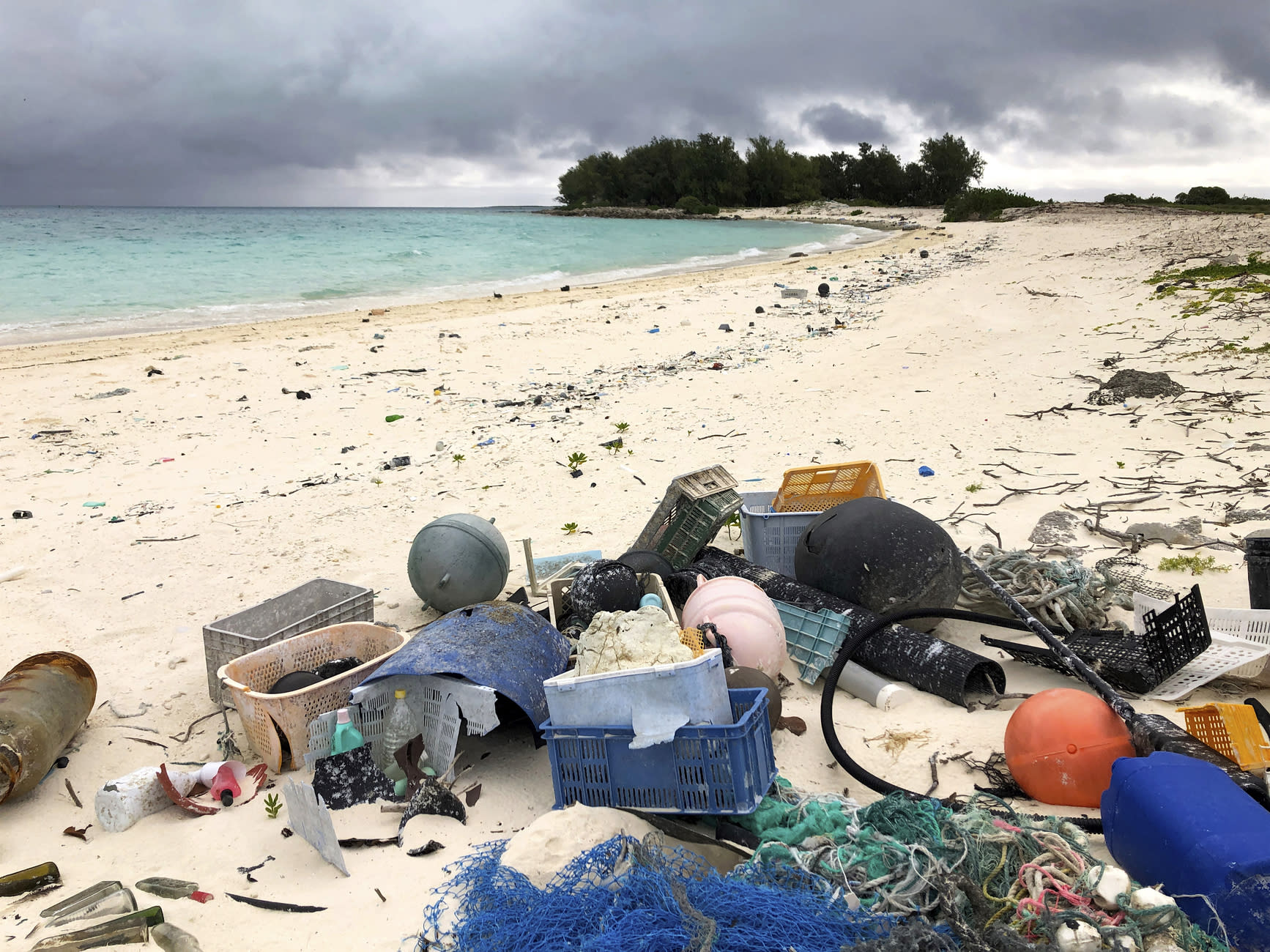 More than a million tons a year of America’s plastic trash isn’t ending up where it should. The equivalent of as many as 1,300 plastic grocery bags per person is landing in places such as oceans and roadways, according to a new study of U.S. plastic trash.

In 2016 — the last year enough data was available and before several countries cracked down on imports of American waste — the United States generated 46.3 million tons (42 million metric tons) of plastic waste, by far the most in the world. Between 2.7% and 5.3% of that was mismanaged — not burned, placed in landfills or otherwise disposed of properly, according to a study in Friday’s journal Science Advances.

Between 1.2 million and 2.5 million tons (1.1 million to 2.2 million metric tons) of plastic generated in the U.S. were dropped on land, rivers, lakes and oceans as litter, were illegally 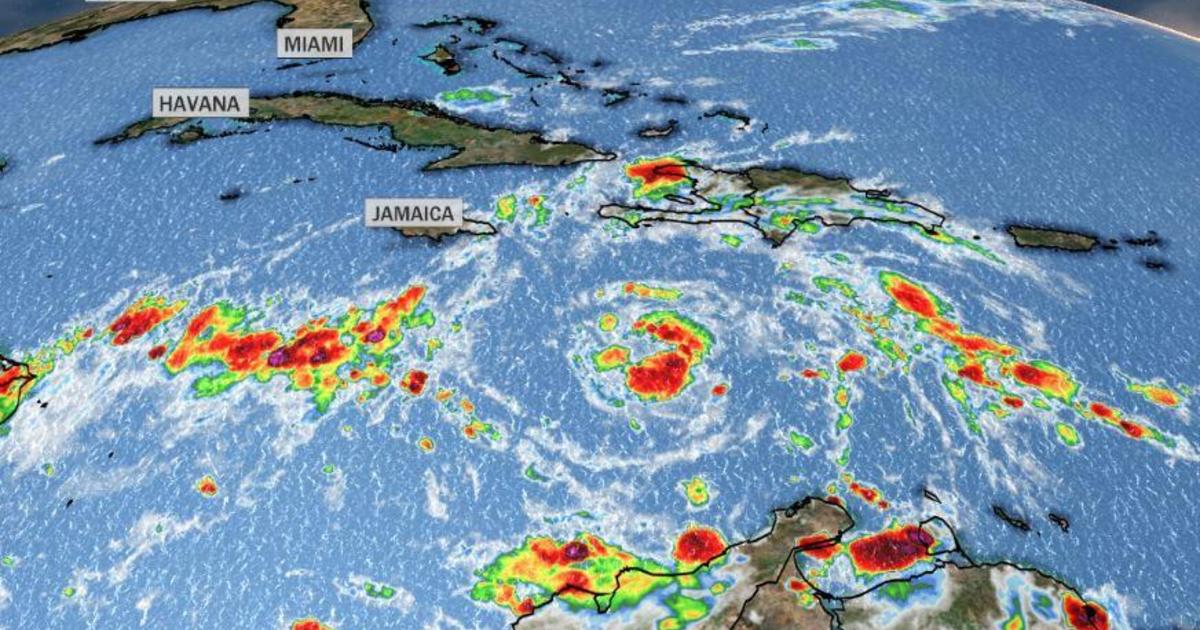 Tropical Storm Eta formed in the central Caribbean on Saturday, becoming the 28th named storm of the 2020 Atlantic hurricane season. The 2020 season has now tied the record for the most named storms in a season, previously set in 2005.

While the number of storms in 2005 was also 28, this is the first time the name Eta will ever be used. In 2005, there were only 27 named storms, with one unnamed subtropical storm being added to the tally in a post-season reanalysis by the National Hurricane Center.

2020 has been a remarkable hurricane season by many measures. This season also holds the record for the most tropical systems to make landfall in the U.S., with 11, and ties the record for most landfalling hurricanes at six. 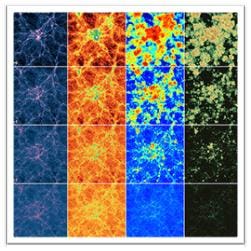 New research from Johns Hopkins University shows that the galaxies of the universe are getting hotter. The universe was created somewhere around 13 billion years ago and since that time planets, solar systems, and galaxies were formed out of the super-heated material that exploded forth from the big bang. It would be an easy assumption to think that since that time everything has just been cooling off and calming down, however, this new research shows that is just not the case. The universe may have been cooling off for the first 3 billion years but over the last 10 billion the galaxies of the universe have been heating up.

How do we know?

Researchers from Johns Hopkins University looked back at two decades worth of data from the Sloan Digital Sky Survey and the ESA’s Planck Mission to measure the temperature of galaxies in the universe. They discovered that the 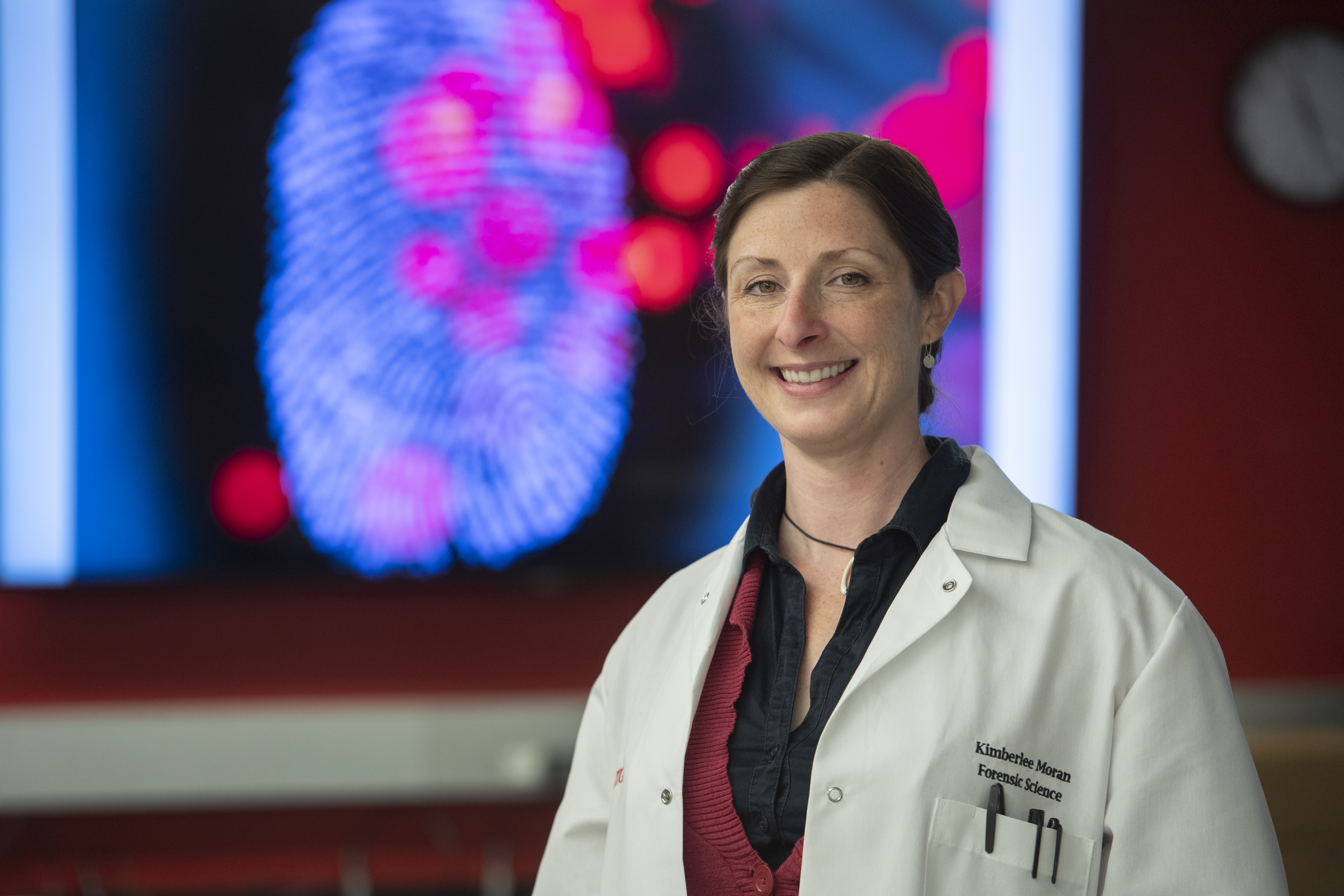 In her eight years of teaching forensic science at Rutgers University-Camden, Kimberlee Moran never had a class with perfect attendance and student participation.

After she spent 150 hours over the summer overhauling the online curriculum for one of her courses – Forensic Science Theory and Policy – following a weeklong workshop offered by the Office of Instructional Design and Technology (IDT), she saw the results in her classes.

“Every single student went to every class and every student turned in every assignment, which never happens,” she said of her success with all-remote instruction. “I had so much more engagement in class, and the students seemed genuinely more enthusiastic.”

Based on the pointers she received from IDT, Moran, an associate teaching professor and director of forensics with the Department 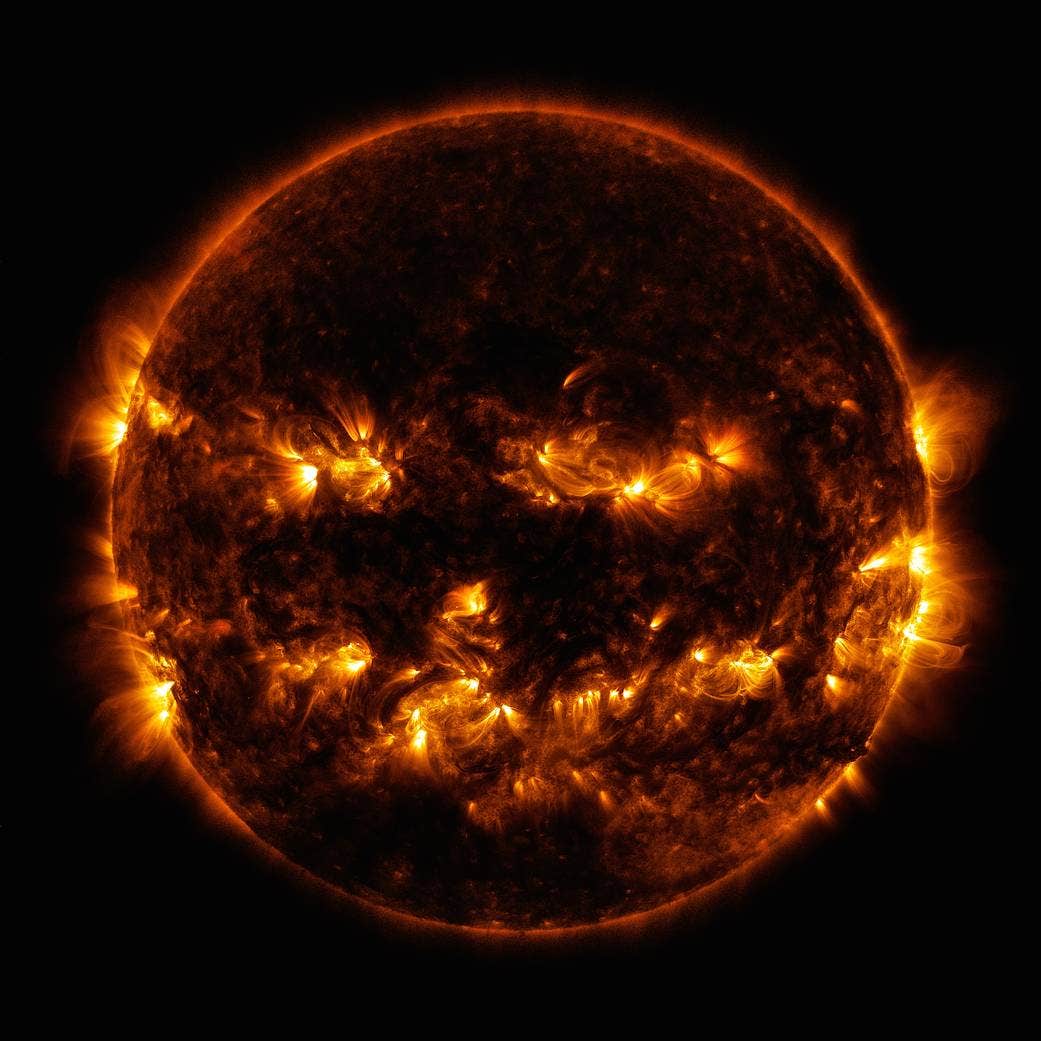 Just in time for Halloween, NASA has released a playlist of spooky sounds from space.

“You may have heard some of the creaks, cracks, and cackling noises of our universe before,” explains NASA in a statement. “Using data from our spacecraft, we’ve gathered a NEW collection of sinister sounds from the depths of space in time for Halloween.”

The Halloween playlist, which is posted to Soundcloud, is filled with eerie “moans” and “whistles,” the space agency notes.

The creepy sounds include a possible “Marsquake” recorded on the red planet by NASA’s Mars InSight Lander, sounds from the ancient universe, the center of the Milky Way and plasma waves from Jupiter’s ionosphere captured by the Juno spacecraft.

Earlier this week, NASA also highlighted an image of a very spooky sun.

The image of the “halloween” sun.
(Image Credit: NASA/GSFC/SDO)

In the remarkable image, the sun 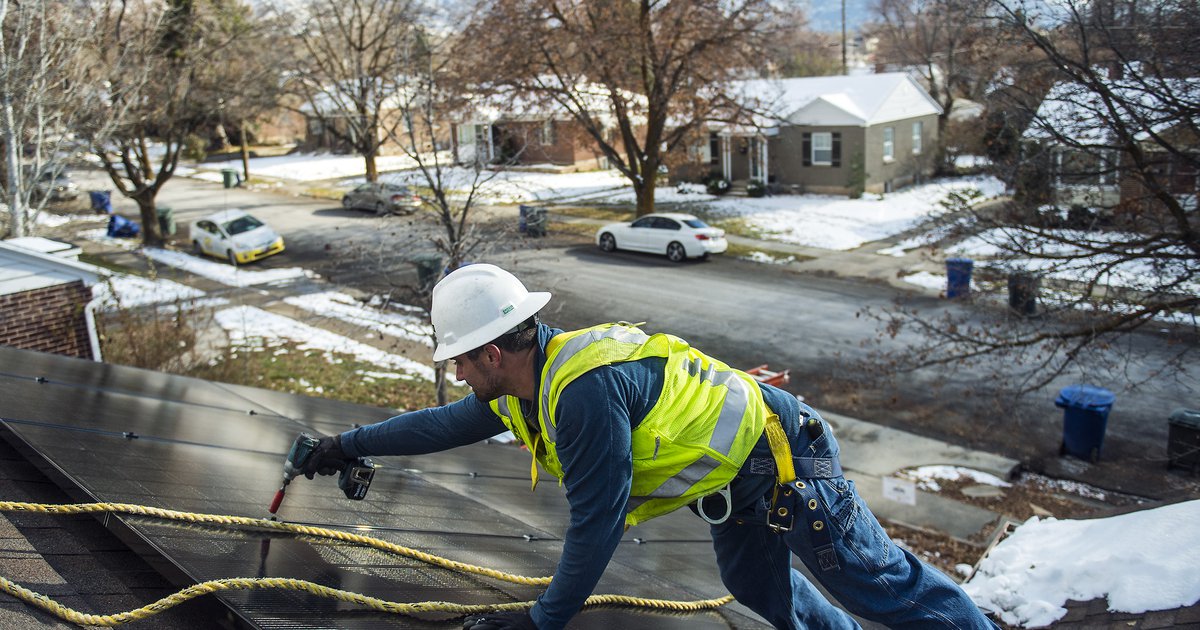 “I am so sick of politics. Politics are suddenly everywhere. I cannot avoid them.” Another 5,300 words follow these declarations, written by Soylent co-founder, former CEO, and current chairman Rob Rhinehart in a blog to explain why he is voting for Kanye West in the 2020 general election.

The blog, which starts somewhat normal and becomes increasingly bizarre, is rife with conspiracy theories. At one point, he seemingly invents a conspiracy theory about former Vice President Joe Biden, who he professes at one point to have “never heard of until very recently.”

“Did you know Biden threw innocent Guatemalans in jail because they did not give a government contract to his company Hunter Medical Devices?” he asks, with no hyperlinks or evidence. A Google search for “Hunter Medical Devices” turns up just three pages of results with no relevant hits aside from Rhinehart’s own blog.

In the blog, Rhinehart describes