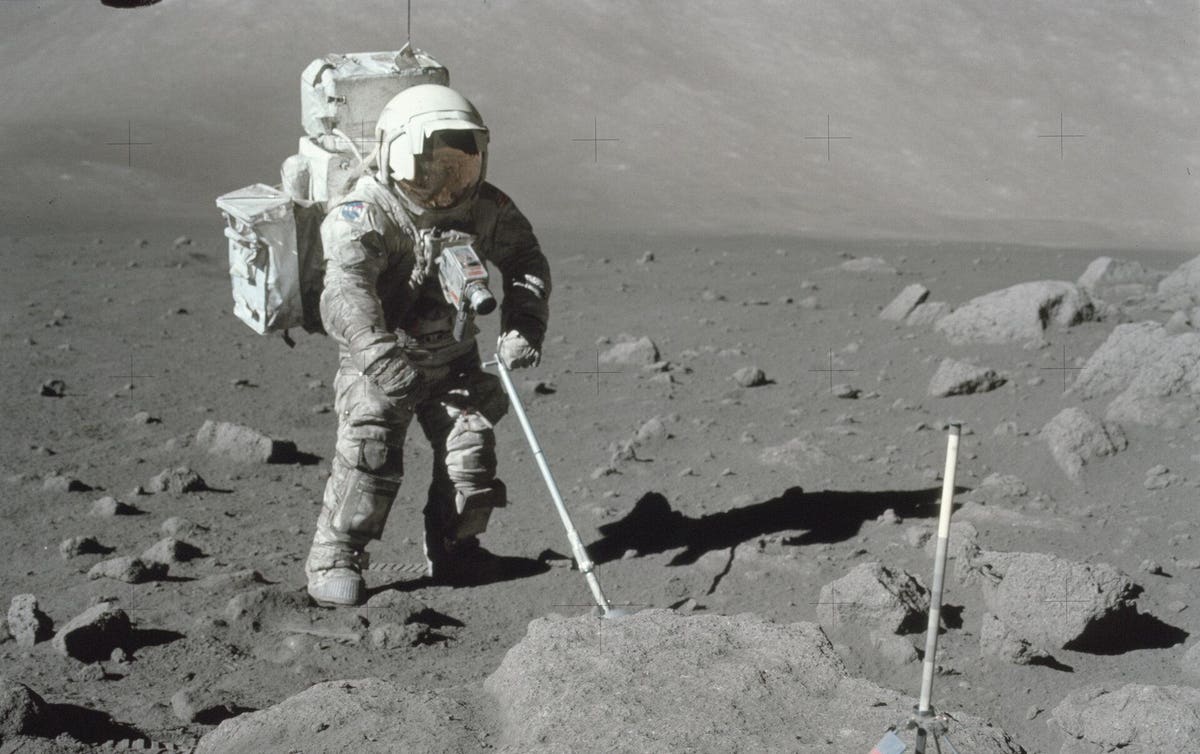 When astronauts return to the moon, the European Space Agency wants more protection against the sharp lunar dust that was so difficult for the NASA Apollo astronauts of the 1960s and 1970s.

After walking on the moon in 1969, for example, Apollo 12 astronaut Pete Conrad said one of the worst problems his crew faced was dust. He called it “one of the most aggravating, restricting facets of lunar surface exploration” due to its “restrictive friction-like action to everything it gets on.”

And it wasn’t just spacesuits that got affected by the dust. China’s Yutu-1 rover came to a standstill after a couple of months on the moon, and most scientists agree it was likely dust that caused the problem. The dust has a nasty tendency to stick in joints and in mechanical parts and to wear away even tough substances. One Apollo moon mission lost part of a rover fender due to dust abrasion, for example.

ESA is now looking into new materials that could stand up against what lunar dust, or regolith, has to throw it. It won’t be a single material that will solve the problem, officials say, but some sort of creative layering — composition to be determined. Discussions are ongoing with partners such as the French human factors specialist Comex, the German Institutes for Textile and Fiber Research, and citizen science organization the Austrian Space Forum.

Why is this dust so abrasive? It’s because the moon doesn’t have erosion at the same rate as Earth. From time to time a space rock will whack the surface and cause a crater and a bit of resettling, but the dust on the moon isn’t subject to the erosion processes that wind, rain and atmosphere create on Earth or Mars, for example.

“One of the key findings from Apollo was that the abrasion effects of the lunar regolith would be the major limiting factor in returning to the moon. We want to overcome that and enable spacesuits that could be used for many more spacewalks than the few [hours] performed per Apollo landing – up to 2,500 hours of surface activities is our assumption,” ESA structural engineer Shumit Das said in an agency statement.

Engineers are doing their best to simulate the abrasive results of lunar dust on materials, using a lunar-like artificial material called EAC-1A. In particular, engineers want to make sure that suit seals, rubber and any joints would not get too clogged or degraded from walking on the moon.

If the timeline holds, solutions will need to come soon. NASA and several international agencies (including ESA) plan to return humans to the moon by 2024, funding and priorities pending. This moon-landing is expected to be part of a larger moon program that will see an ecosystem of machines, habitats and research performed for the long term.

Then the agencies hope to bring humans to Mars in the 2030s or so. That said, this timeline will depend on a number of things. The rockets and spacecraft will have to be ready. The funding will have to remain in place, which is a challenge considering the effects of the novel coronavirus pandemic. And of course, the suits will need to be ready for long-haul missions — which is why ESA is so focused on this project.

You can learn more about the research in a recent publication in the Advanced Materials  Technologies journal, led by Comex’s Peter Weiss.