Table of Contents0.0.0.1 For more like this1 The iPhone 12 takes better photos Andrew Hoyle/CNET The iPhone 11 Pro packed one of the best cameras around, being able to take such great shots that it replaced my DSLR on a road trip around Scotland. Apple’s latest iPhone 12 may be […]

The iPhone 11 Pro packed one of the best cameras around, being able to take such great shots that it replaced my DSLR on a road trip around Scotland. Apple’s latest iPhone 12 may be one of the more affordable of the new lineup — which includes the smaller iPhone 12 Mini and the more premium 12 Pro and 12 Pro Max — but its camera is even more formidable.

I’ve taken the iPhone 12 for a spin around my home in Edinburgh, and I’ve been super impressed with how it stacks up against the previous 11 Pro. Sure, it doesn’t have the 2x telephoto lens, but the images it can capture with the standard view and the super-wide lens are superb.

On this first scene in Dean Village, both cameras have captured an excellent overall exposure, but the iPhone 12’s shot has a richer blue sky and more contrast and detail on the buildings, resulting in a better-looking shot overall.

Switching to the super-wide view, both phones have been able to capture a huge amount of the scene in front of them, but again, the iPhone 12 has a bit more punch to the scene. Some of the buildings look a bit darker, however, which may not be to everyone’s tastes.

While the overall exposure is great on both shots, the bright sky on the iPhone 11 Pro appears to have caused some haziness around where the buildings meet the sky. The iPhone 12’s shot has a clear distinction between the areas, which looks much nicer.

Although the sky doesn’t cause the same haze in this scene, there’s a noticeable difference in the contrast between the two images. The iPhone 12’s shot has richer colors, which helps add some punch to the shadows on the church, as well as help distinguish the various trees from each other further down.

In this example, however, I can see almost no discernible differences between the two images. Both are pin-sharp with accurate colors and great contrast.

Up on Edinburgh’s Calton Hill, I prefer the look of the shot from the iPhone 11 Pro. It has a warmer white balance to it (which may only be caused by the tiny shift in shooting angle) that I think gives a more pleasing tone to the scene and has allowed it to maintain some of the sunset colors in the sky.

Looking at the increasing sunset from another direction, both phones have captured the tones and the exposure extremely well. The iPhone 12’s shot does have more contrast and clarity on the buildings further in the scene, as well as making them a touch brighter, which I think makes for a superior image.

As the sunset deepened, the phones had to fight harder to keep that bright streak of orange in the sky under control, while still capturing plenty of detail in the foreground. They’re both great shots, but the iPhone 12’s image again shows brighter details in the building and foreground foliage.

As night began to fall I headed further into the city and found this scene. The 11 Pro has captured a great image overall, but it’s clear to see that the iPhone 12’s is brighter, with more detail on the cobblestones and on “The Arches” sign.

The situation is much the same with these beautiful Christmas decorations, shot using the super-wide lens and the Night mode. The iPhone 12 Pro’s shot is brighter, with much more visible detail to be seen.

Cropping in to the top of the building on that same super-wide shot, it’s clear to see that the iPhone 12’s image is both brighter and sharper.

Taken using Night mode at 10 seconds, both shots have captured an impressive amount of detail in what was such an incredibly dark nighttime scene. The iPhone 12’s shot is a touch brighter, however.

Cropping in on the corner of the same images, it’s possible to see that the iPhone 12 has been able to capture significantly better detail in the edges of its frame when using Night mode.

In almost every example in this test I prefer the look of the images from the iPhone 12 over those taken on the iPhone 11 Pro. Details are clearer, shots are brighter and more vibrant, and Night mode images have seen huge improvements. It’s not such a significant upgrade that it’s worth moving from an iPhone 11 Pro to the iPhone 12, but the 12 is the phone to go for if you’re looking at upgrading from an earlier handset.

The only downside to keep in mind is that the iPhone 12 doesn’t have the 2x telephoto lens. As a photographer, I love using the zoom on the phone as it allows me to get some really interesting angles on subjects that you can’t do with a wide-angle lens. If you’re a really dedicated photographer then it’s worth considering spending the extra and going for the iPhone 12 Pro or 12 Pro Max, both of which offer the telephoto lens as well as the standard and super-wide views.

Social Media Section 230 Law: No One is Happy 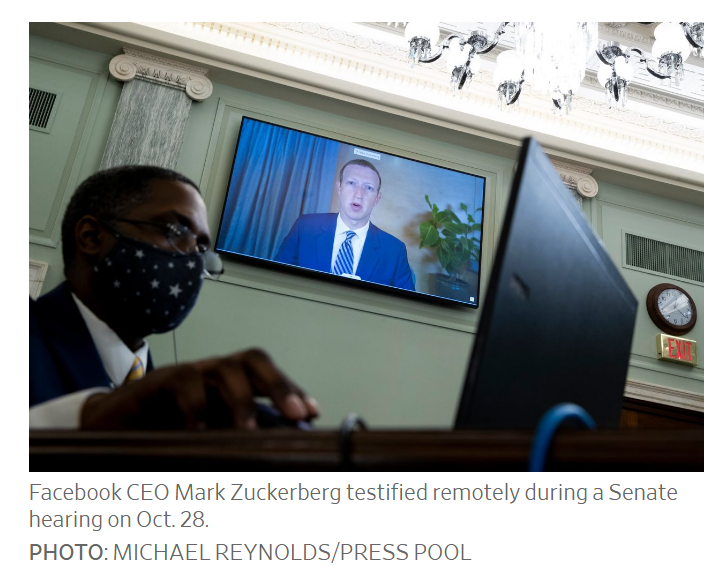