Table of Contents1 Party priorities, not policy 2 A mess of confusion 3 Focusing on the real problems In 1994, Congress dragged the CEOs of the nation’s largest tobacco companies to Capitol Hill, where they testified — under oath — that cigarettes are not addictive, contrary to evidence otherwise. It […]

In 1994, Congress dragged the CEOs of the nation’s largest tobacco companies to Capitol Hill, where they testified — under oath — that cigarettes are not addictive, contrary to evidence otherwise. It was a watershed moment for the tobacco industry and marked the beginning of the end of Big Tobacco’s dominance in America.

© Michael Reynolds-Pool/Getty Images
WASHINGTON, DC – OCTOBER 28: CEO of Facebook Mark Zuckerberg appears on a monitor as he testifies remotely during the Senate Commerce, Science, and Transportation Committee hearing ‘Does Section 230’s Sweeping Immunity Enable Big Tech Bad Behavior?’, on Capitol Hill, October 28, 2020 in Washington, DC. CEO of Twitter Jack Dorsey; CEO of Alphabet Inc. and its subsidiary Google LLC, Sundar Pichai; and CEO of Facebook Mark Zuckerberg all testified virtually at the hearing. Section 230 of the Communications Decency Act guarantees that tech companies can not be sued for content on their platforms, but the Justice Department has suggested limiting this legislation. (Photo by Michael Reynolds-Pool/Getty Images)


For many, the testimony of Big Tech CEOs may evoke a similar feeling. US lawmakers have repeatedly summoned the top executives of Amazon, Apple, Facebook, Google and Twitter, peppering them on a range of subjects in a bid to hold the companies accountable for their perceived excesses. Each event has been a high-profile clash filled with breathless media coverage and a looming sense that something momentous was about to happen that could shake up Silicon Valley.

But after more than two years of these hearings, it’s time to conclude that many of them are worthless.

On Wednesday, Facebook, Google and Twitter’s chief executives appeared before the Senate Commerce Committee. The purpose of the hearing was, ostensibly, a discussion of possible changes to a law that grants tech platforms legal immunity for their content moderation decisions.

Instead what the public saw was a highly partisan display that had nearly as much sniping by lawmakers at one another as questions directed at the CEOs. It was a hearing virtually devoid of substance and that barely touched on matters of policy, which allowed the executives to run out the clock with promises of future transparency that will have almost no bearing on events today.

The Big Tobacco moment isn’t coming. There will be no damning self-incrimination on camera that leads to a dramatic and wholesale reversal of fortunes for Big Tech. The reason is simple: Nobody can agree on what the problem is, let alone the solution. And the companies are so large, and touch so many aspects of our lives, that it has been nearly impossible for lawmakers to focus on a single issue for more than a few minutes at a time.

Wednesday’s hearing did more to illustrate the priorities of the nation’s two political parties than the numerous challenges tech platforms have created for society. Republicans spent much of their time attacking social media for an alleged, systematic anti-conservative bias that no independent, authoritative research has been able to prove.

“Mr. Dorsey, who the hell elected you and put you in charge of what the media are allowed to report and what the American people are allowed to hear?” said Texas Republican Sen. Ted Cruz, addressing Twitter CEO Jack Dorsey. “And why do you persist in behaving as a Democratic super PAC suppressing views contrary to your political beliefs?”

Dorsey denied Cruz’s allegations, but acknowledged the need for more transparency — a common refrain during the nearly four-hour hearing.

South Dakota Republican Sen. John Thune acknowledged that because of the tech companies’ secret algorithms, “it’s been impossible to prove one way or another whether political bias exists” — yet went on to say internet users are left with anecdotal evidence and their own imaginations to conclude the worst.

Where Republicans focused on Big Tech’s alleged liberal leanings, Democrats hammered the companies for failing to remove enough misinformation and harmful content surrounding the pandemic and the election. They also targeted the companies over their alleged antitrust violations. And Democrats blasted Republicans for holding the hearing at all, alleging it was intended to bully and harass the tech CEOs into allowing more misinformation to thrive online, including from Trump, for electoral reasons.

“We have to call this hearing what it is, a sham,” said Hawaii Democratic Sen. Brian Schatz.

A mess of confusion

At times, despite its lofty stated ambitions, the hearing devolved into the petty and personal.

Tennessee Republican Sen. Marsha Blackburn asked Google CEO Sundar Pichai if an employee who had criticized her had been fired.

“He has had very unkind things to say about me,” Blackburn said, “and I was just wondering if you all had still kept him working there.”

Wisconsin Republican Sen. Ron Johnson read out a tweet that had identified itself as satire and had falsely claimed Johnson had strangled a dog.

“That could definitely affect my ability to get re-elected,” Johnson complained to Dorsey.

Other attempts by Republicans to highlight apparent anti-conservative bias simply revealed how confusing tech company policies — and their enforcement — have become.

Colorado Republican Sen. Cory Gardner demanded to know why Twitter had applied warning labels to some of Trump’s tweets but had left untouched tweets by Iranian leaders that misleadingly questioned the Holocaust and that spoke belligerently of Israel.

Dorsey explained that Twitter has no general policy banning misinformation, but it does have specific misinformation policies related to Covid-19 and elections. The policies apply to world leaders, but world leaders’ tweets are also generally exempted from some degree of scrutiny by a separate policy, except when their tweets could cause harm to a domestic audience.

Focusing on the real problems

But Markey’s efforts were largely in vain — illustrating the limits of the format. After so many of these hearings, they have begun to take on a rote, ritualistic quality. The lawmakers grandstand and attempt to score political points; the public gets to enjoy seeing powerful executives squirm in the hotseat; and the executives themselves recite their prepared talking points for a couple of hours while their algorithmic money machines keep making them richer and richer.

“The fact that both sides criticize us doesn’t mean we’re getting this right. But it does mean that there are real disagreements about where the limits of online speech should be,” Zuckerberg said.

There have been notable exceptions to the pattern. This summer’s pivotal antitrust hearing involving the CEOs of Amazon, Apple, Facebook and Google revealed internal executive communications that had previously only been seen by government investigators that shed light on the companies’ alleged monopolistic business practices. The hearing produced substantive revelations that experts say added pressure for regulatory action. Weeks later, the Justice Department sued Google in the biggest tech antitrust suit since the US government took on Microsoft in the 1990s.

That offers another important reminder that congressional hearings are rarely the end, but more often a means to one. While Congress tries to create made-for-TV moments and introduces messaging bills that go nowhere, much of the real policymaking in the coming years may be done elsewhere — by regulators and the judicial system.

Thu Oct 29 , 2020
China’s minister of science and technology has invited technology talent to enjoy what he called the “China opportunity”, amid an escalating tech war that has seen controls, such as visas, tightened for Chinese students, workers and academics in the US. Minister Wang Zhigang said that China will “take more active […] 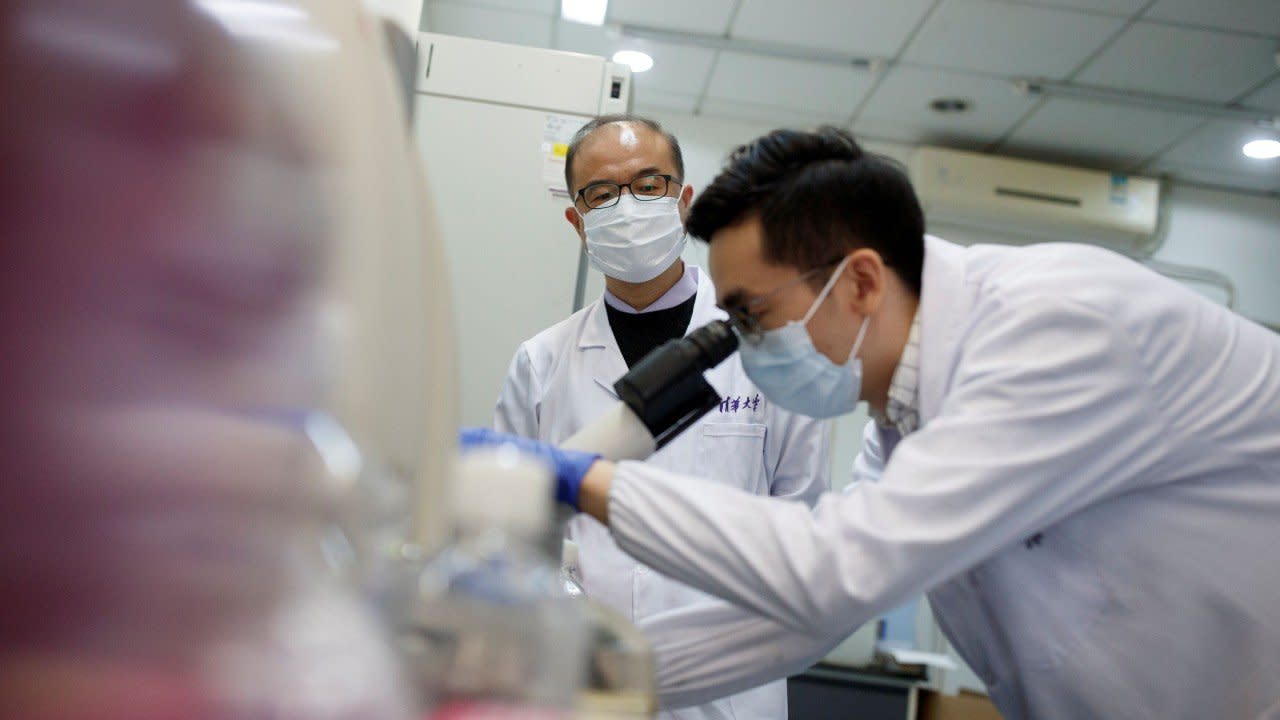