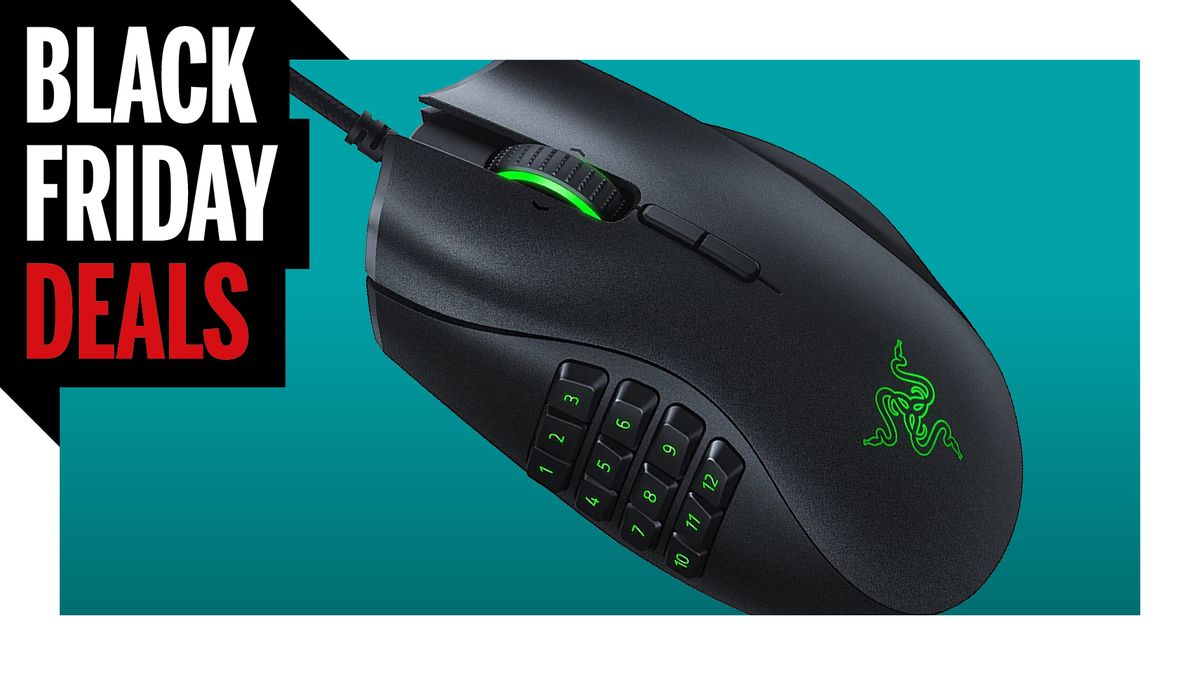 In 2018, I went on a streak of spilling liquids on keyboards, and ended up replacing and adjusting to multiple decks in a short span of time. After sadly going through some Corsairs (The excellent K95 is $70 off right now on Amazon), I settled on and still use my current all-time favorite keyboard, the Das Keyboard Ultimate, which is currently on sale for $135 for Black Friday.

You’ll notice that the keys on the Das Keyboard Ultimate are completely blank: that’s because it’s a keyboard for jackasses like me who want to show off. Truth be told, even if you’re an excellent typist, blank keycaps can be a little annoying, especially when typing in 2FA numbers and passwords. You can get the same Das Keyboard keyboard, but with labels, on sale for the same price.

Here’s why I like Das Keyboard keyboards: They are sturdy, the big volume knob is convenient and has a nice tactile spin, they don’t look ‘gamery,’ and the tilt stand is a magnetic ruler that you can pop off—and I guarantee at some point you will say to yourself, ‘I need a ruler,’ and then excitedly realize that there’s one under your keyboard.

If, however, you want a keyboard with more features like macro keys and LED lighting, I understand, and there are some great ones on sale this Black Friday. You may also be in the market for a new mouse. I have used the Razer Deathadder V2 (currently on sale for $50 on Amazon) for years, and my only complaint is that after a lot of use, the grippy rubber bit on the thumb side came off—and that’s fixable with super glue.

Here are the best keyboard and mice deals we’ve found so far:

Corsair K95 Platinum | Cherry MX Brown | Wired | Full-sized | $129.99 on Amazon (save $70)
This is our favorite mechanical keyboard for its mix of productivity and gaming features. On the gaming side, it’s got RGBs and programmable macro keys, and on the productivity side, it’s got some nice media controls, USB passthrough, and tactile Cherry MX Brown switches, which won’t be to everyone’s taste, as they are softer and quieter than Reds and Blues.View Deal

Razer BlackWidow Elite | Razer Green | Wired | Full-sized|  $84.99 at Amazon
A quality Razer keyboard with RGB LEDs, simple media controls, and a nice wrist rest. We quite like the BlackWidow line of key machines, and this is a good deal compared to the street price, which is around $130 (not quite the $170 MSRP).View Deal

Corsair K70 RGB MK.2 | Cherry MX Brown | Wired | Full-sized | $109.99 on Amazon (save $50)
Another good Corsair keyboard, if you’re looking to spend a little less. It comes with MX brown switches too, but the Cherry MX red model is also 25% off right now.View Deal

Razer Naga Trinity | Wired | 16,000 DPI |  $69.99 on Amazon
Another quality Razer mouse, this one is geared toward RPG, MMO, and MOBA players with its swappable button panels. It’s a lot of mouse, but if you like having loads of customizable buttons more than the sleek simplicity of the Deathadder, give it a look.View Deal

Razer Deathadder V2 | Wired | 20,000 DPI | $49.99 on Amazon (save $20)
This is our favorite gaming mouse for most right-handed people. It’s light and its tracking is flawless. It’s got two buttons on the top, a quiet but tactile scroll wheel, and two thumb buttons. Boom. That’s a mouse. The current price is as cheap as we’ve ever seen the V2 model on Amazon.View Deal

Logitech G502  Lightspeed | Wireless | 25,000 DPI|  $99.99 at Amazon
One of our favorite wireless mice, especially if you have bigger hands. It’s a pricey one at $150 normally, but since the start of November it’s been a more reasonable, if still not cheap, $100. A great pick, but if you don’t care about wireless, grab the much cheaper wired version below.View Deal

Razer Basilisk X HyperSpeed|  $39.99 at Amazon
Yet another Razer mouse. The Basilisk is a bit like a more asymmetrical Deathadder, and it’s wireless. It’s discounted fairly often, but does sell for $45 to $54 most of the time, so this is a good deal.View Deal

Roccat Kone AMIO | Wired | 16,000 DPI | $49.99 on Amazon (save $29.51)
Like the DeathAdder, this stylish German mouse doesn’t go overboard with the buttons: There are only three programmable buttons and five profile slots, but the ergonomics are great, and it looks good. It usually goes for $70, so you’re getting a real deal here.View Deal