The bigfin squid has tentacles that extend beyond 5 feet. CSIRO/Osterhage et al. At CNET Science, we tend to focus a lot on the worlds and life beyond Earth. We love space. The hellscape lava planets and the icy moons in our solar system are intriguing, unexplored places that hold a […]

At CNET Science, we tend to focus a lot on the worlds and life beyond Earth. We love space. The hellscape lava planets and the icy moons in our solar system are intriguing, unexplored places that hold a lot of secrets. That makes it easy to forget we’re hiding a vast, mysterious world beneath the surface of our oceans, fathoms below the waves. Every now and again, we’re reminded of the wonders (and nightmares) of the deep.

New sightings of the bigfin squid, a cephalopod with tentacles that can grow up to 26 feet long, roaming the ocean where sunlight can’t reach, provide one such reminder.

In a study published Wednesday in the open-access journal PLOS One, researchers detail five sightings of the mysterious, ghostly squid in the Great Australian Bight, off the coast of southern Australia. The sightings, the team says, are all of individuals, effectively doubling the tally of sightings from the southern hemisphere so far. They add to a total of only around a dozen sightings in the past 30 years and are the first time the squid has been seen in Australian waters.

To capture the squid on camera, the team used both towed cameras and remotely operated vehicles (ROVs) at depths ranging from 3,000 to 10,000 feet below the surface.

“One day, we were watching the camera feed as the ROV motored along three kilometers below us and suddenly, this gangly shape emerged from the darkness,” explains Hugh MacIntosh, a marine invertebrates researcher at Museum Victoria, Australia. “We were able to get a good look at this incredible squid as it swam above the sea floor.”

Though the researchers note it’s difficult to fully describe the denizen of the deep from images, they do draw a few conclusions from their videos.

Notably, the bigfins (Magnapinna is their genus name) seem to range from brown to orange and pale pink and their arm and tentacle filaments are generally lighter. Their measurements differed across each sighting, with one squid measuring around 6 feet long. Two others were some of the smallest bigfins yet recorded, with a body length measuring between 2.5 and 4.5 inches, suggesting they were juveniles. Importantly, no juveniles had been discovered with the long tentacles in the past, and these sightings proved the youngsters do indeed have the long filaments.

Additionally, the team describes a new behavior, previously unseen in squid, known as filament coiling. One of the videos captured the creature coiling its arms at the end closest to its body, causing them to retract. It’s unknown why the bigfin might do this, but the team suggests it may be the most efficient way to bring its arm filaments in close. They’re also known to hold their arms in the “elbow pose,” hovering vertically above the sea floor. The research team observed this behavior, but on a different plane.

“In our expedition, we saw Magnapinna in a similar pose, but horizontally and only centimeters off the sea floor,” notes MacIntosh.

A bigfin captured on camera in 2007 in the Gulf of Mexico via cameras deployed by the Shell Oil Company has captured the internet’s imagination for years. Some have called it a Lovecraftian horror, others have compared it to the aliens in Independence Day. We’re fairly certain the cephalopods are harmless, but the researchers behind Wednesday’s study didn’t return our calls and seem to have disappeared.

The plan is to conduct more deep-sea research survery outside the Great Australian Bight in the future and note in their study the value of imagery as a tool for deep-sea squid research to find and detail these mysterious wonders lurking in the dark of our planet. MacIntosh says “every time we go out we discover hundreds of new and rare species.”

“Who knows what we’ll find next time?” he asks.

Wed Nov 11 , 2020
IBM announced it is bringing its Spectrum Storage data management features to container-based … [+] workloads. Moor Insights & Strategy Containers have quickly emerged as one of the dominant architectures for application development and deployment. It’s a technology that eases many of the burdens facing IT administrators, as they seek […] 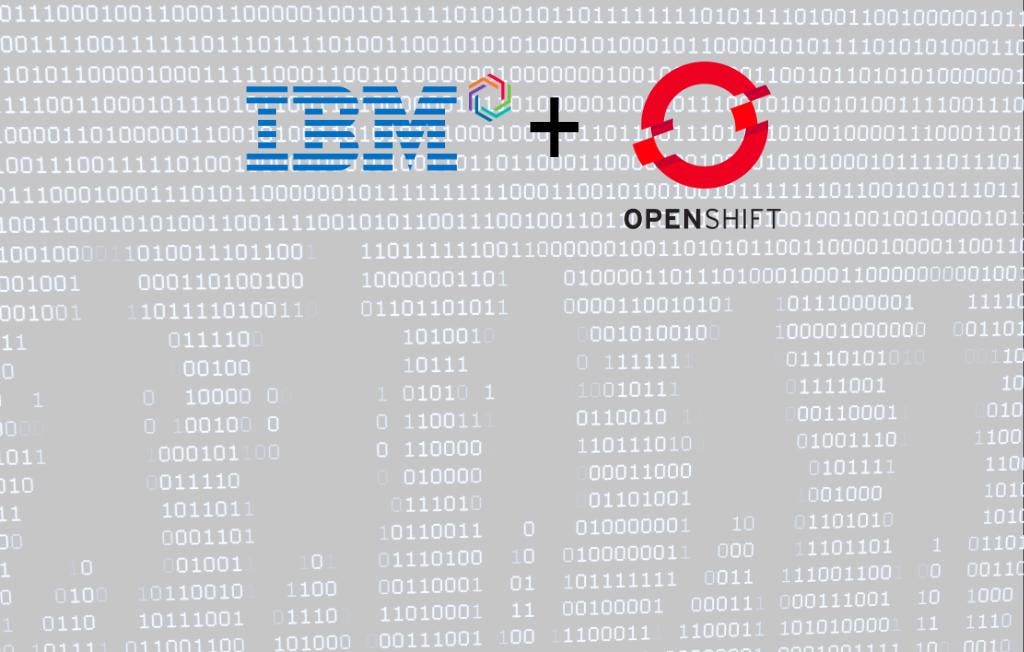