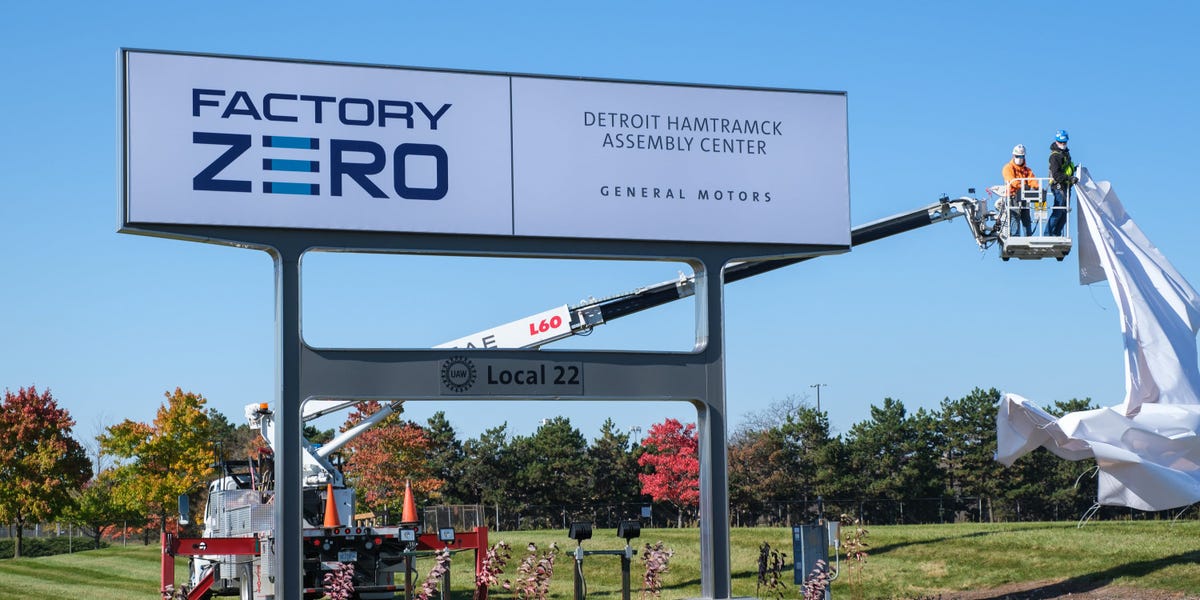 American automakers face an unusual problem: Consumers want big cars, while, at the same time, governments who oversee large markets in the US and abroad are ramping up restrictions on tailpipe emissions. Some are pledging to phase out sales of cars with combustion engines entirely.

Those seemingly opposing trends are forcing US carmakers to revisit the strategies that have served them for decades. They still want to pump out big trucks and SUVs to satisfy American drivers, but with a twist: at least some of these vehicles will be electric.

The shift is driven not only by tightening regulations, but also by improving technology that limits the compromises consumers are forced to make when they buy electric cars. That technology — namely, cheap lithium-ion batteries — is giving way to larger EVs that last longer between charges.

General Motors, which sided with the Trump administration in a move that supported weakening fuel economy standards just a year ago, now says it’s committed to an all-electric future and has split with the administration. Known for its gas-hungry utility vehicles, the firm announced earlier this month that it will launch 30 new EVs by 2025.

“General Motors wants to accelerate customer adoption of electric vehicles,” the firm’s CEO, Mary Barra, wrote in a letter to environmental groups earlier this month. “We are uniquely positioned to lead.”

Meanwhile, Ford, which has been a laggard among major automakers in EV sales, similarly appears to be betting big on electric and hybrid cars, focusing largely on commercial vehicles.

US auto giants aren’t just remaking their product lines, but entering a new line of business — charging infrastructure. That’s according to Sam Abuelsamid, a transportation analyst at the research firm Guidehouse Insights.

“They’re changing their business models,” Abuelsamid said. “Traditionally, automakers have resisted investing in fueling infrastructure. What we’re seeing happen is the automakers are actually working with the charging network providers.”

There may be no better time to commit to electric cars.

While President Donald Trump rolled back regulations that required automakers to meet stricter fuel-economy standards, President-elect Joe Biden is expected to reinstate them. Plus, several countries and California have said they will ban internal combustion engines.

Tesla, plummeting battery costs, and a wave of new rules forced US automakers to reevaluate their product lines

While American carmakers have known for decades how to make electric cars, they’ve struggled to make them cheaply, according to Gene Liao, a professor who specializes in EVs at Wayne State University. He’s a former engineer at GM, Ford, and Toyota.

That’s a major reason why they have resisted rolling out more electric cars, he said.

Today EVs are still more expensive to produce than traditional cars, Liao said, but costs are falling fast. 10 years ago, for example, batteries cost about $600 per kilowatt-hour (kWh), whereas today they’re under $200 a kWh, according to Abuelsamid.

“The game is changing,” said Kevin Riddell, a senior manager at LCM Automotive, a forecasting firm. “The technology costs are catching up to where they need to be for a shift to happen.”

Besides cost, policies that limit tailpipe emissions have been multiplying across the globe. About 40% of the world’s population lives in countries that are phasing out internal combustion engines, according to John Morton, a partner at the advisory firm Pollination and former White House senior director for energy and climate change under former President Barack Obama.

Most recently, the UK said it would end the sale of new gas and diesel vehicles in 2030, following similar mandates by several other European countries.

To be clear, restrictions in Europe and Asia matter to American car companies, which are increasingly building out global platforms, said John Gartner, an EV expert at the Center for Sustainable Energy. It’s much cheaper to build one car that automakers can sell in multiple markets.

Plus, California, the nation’s largest auto market, moved to ban the sale of new cars with internal combustion engines. And Biden is likely to ramp up federal restrictions on tailpipe emissions when he steps into office — an action he can take without Congressional support.

Read more: 5 top energy analysts detail what Biden’s victory means for the future of energy, from limits on oil drilling to wins for wind and solar

Consumers are also starting to want more EVs, Abuelsamid said. Tesla is partly to thank for that, he said, by making them desirable.

“The momentum is towards greater electrification,” Gartner said.

GM and Ford, in addition to the North American arm of Fiat-Chrysler, which owns a number of flagship US brands including Jeep, are all known for their large vehicles. And they’ve generally lagged behind their European rivals, such as Volkswagen and Renault-Nissan-Mitsubishi, in EV sales.

That’s not a huge surprise. Big trucks and SUVs are highly profitable, but they’re also much harder to electrify, and there hasn’t been much of an incentive to do so, until recently.

While Ford ranks below most other major automakers in EV sales, the firm’s CEO, Jim Farley, who recently stepped into the role, told investors in October that he’s planning to transform the century-old automaker into a leading producer of electrified vehicles and hybrids.

“We don’t want to just be one of the many OEMs to transition to electric,” he said. “We want to lead the electric change.”