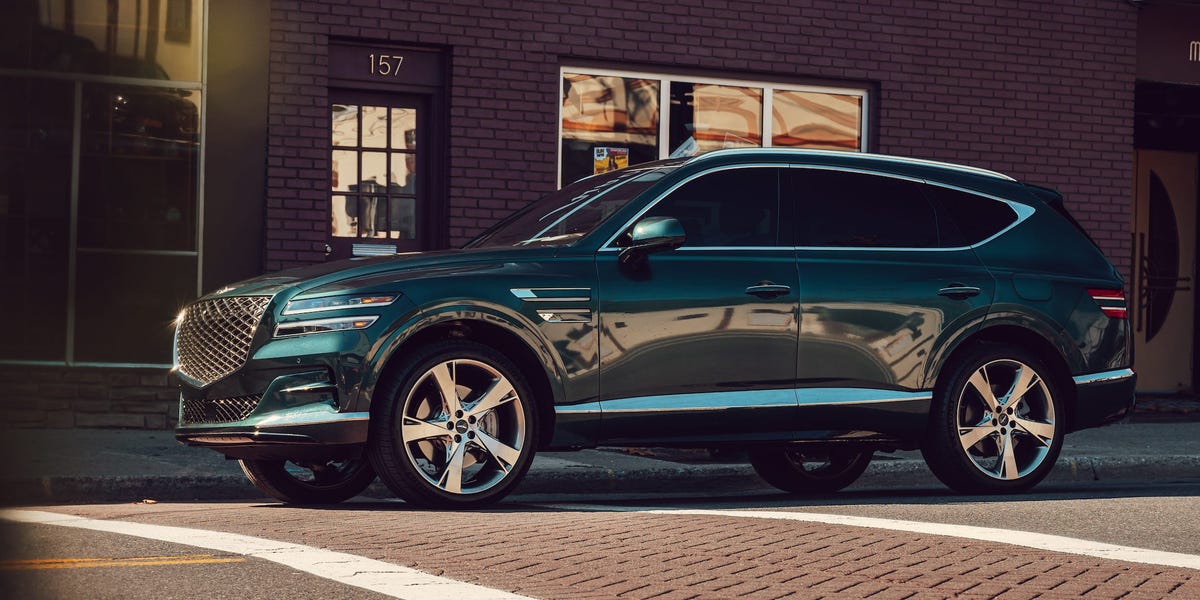 Genesis has an unusual problem.

In the various times I’ve gotten behind the wheel of one of its cars, I’ve always been blown away by the quality. G70, G80, G90, GV80 — it didn’t matter. Each boasted a serene interior, good power, a comfortable ride, and responsive light-footedness. Most offered more car per dollar than what you’d get from a European competitor.

So, Genesis has the product side of the business on lock.

The problem is that Genesis is still quite new. Most people don’t know about it. Five years ago, South Korean automaker Hyundai created the new luxury arm by spinning off its Genesis nameplate. It wasn’t an all-new name because before that, the name applied to a Hyundai sports coupe and also an executive sedan. So the branding was, understandably, a little bit confusing.

The all-new G80 is an executive sedan.


But there’s plenty of room for growth. The Korea Herald reported earlier this month that South Korean automakers Kia and Hyundai accounted for 8.9% of the US passenger car market from this past March to August. That’s a sliver of the market compared to, say, Toyota, which by itself took home 14% of the US market in 2019.

Last year, Genesis sold 21,233 cars, according to CarSalesBase. That accounted for a mere 0.12% of the US car market share. Acura, a competitor, sold 157,385 cars. Needless to say, there’s some catching up to do.

The first step toward that was offering well-made sedans. With this, Genesis didn’t go the shouty route by buying up expensive ads and splashy hashtags. It focused on authentic credibility, rolling out products that stood on their own without the smoke and mirrors of an advertising campaign.

When I sat down with Manfred Fitzgerald in 2017, the then-head of the Genesis brand, he said that brand recognition was “still a work in progress.”

“There’s no shortcut to that,” Fitzgerald told me. “There’s nothing that I would try to rush by any means, but what I will say that with today’s technology, I think if you can get it right and if you are authentic and credible and not trying to play somebody, I think you can accelerate the whole process of creating brand awareness.

“For us, it is so important to be credible and credibility delivers the core message to the customer,” he said.

Three years on, I circled back for a temperature check with Mark Del Rosso, who was named CEO of Genesis North America last October. What’s changed between 2017 and now? And what new lessons has Genesis learned in the interim?

The quiet devotion to quality has certainly paid off. Del Rosso extensively touted the awards Genesis has since won with J.D. Power and Consumer Reports. And he doubled down on the company’s stance on producing three sedans ahead of the GV80, Genesis’ first SUV — despite the bigger rides selling in greater numbers in the US market.

Sedan sales, Del Rosso said, were strong enough that the company was able to justify production of the G80, G90, and G70 before the GV80.

“Building a strong foundation was absolutely the right step with sedans,” he said. “Now, with the launch of our flagship SUV, the GV80,  it opens up a market opportunity to connect with a whole new audience.”

He went on, “We’re filling out the lineup and we’re not done yet. We are a benchmark when it comes down to dependability, quality, and safety.”

Ostensibly, there are more SUVs coming, though nothing’s been confirmed yet beyond the GV70. By the end of 2021, however, Del Rosso said to expect the first battery-electric car from the brand.

Products that make a statement

Del Rosso was understandably coy when asked about Genesis’ position among competitors. He used terms such as being a “customer-focused company,” “cache over cash,” and “building advocacy” — but I couldn’t really fault him for it. And he’s likely right to think that building up a new brand takes time.

Genesis builds extremely solid cars, there’s no question about that. Driving one — or even seeing one — gives you a sense of being “in the know.” A sense that you’re aware that something better exists outside the realm of mindlessly buying a Mercedes or BMW just like everyone else  and calling it a day.  But it’s not like you can bottle that feeling and sell it.

Brand recognition still seems like a “work in progress,” as Fitzgerald said in 2017. The best Genesis can do right now is keep doing what it’s doing and hope that the buyers will come. Already, Del Rosso said there are 21,000 customer reservations on the GV80. Reservations don’t always translate to sales, but it’s a good first effort.

Hopefully, if we check back with Genesis in another three years, it will have moved the needle a bit more, and earned more of a market share from established luxury titans from Europe and Japan.

The Genesis trajectory is one that’s defined by putting out an excellent product that can speak for itself. And when the product already speaks for itself, there’s really not much else to say about it. Now, it’s down to seeing if the buyers will go for it.