Since Nils Bohlin introduced the three-point safety belt in 1959 that became a standard feature on all modern cars and helped save countless lives, Volvo has become synonymous with safety.

The company knows that when developing new autonomous technologies and safety features such as collision avoidance, it is paramount to cover all possible scenarios that drivers could encounter on the road.

To do this, the carmaker’s engineers use what they call “the ultimate driving simulator”, a setup that would make any hardcore gamer jealous. 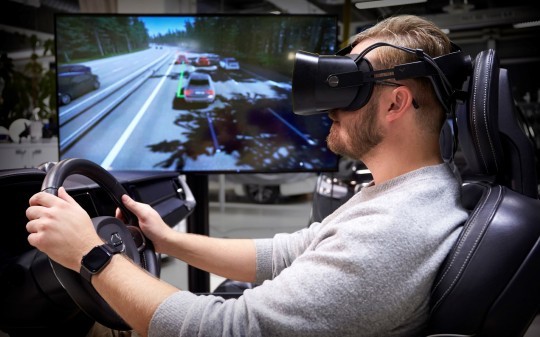 The real-time 3D software is provided by Unity Technologies, the company behind the world’s most popular video game development platforms. It enables Volvo developers to create extremely realistic virtual environments, weather patterns, and objects or put a fully accurate 3D rendering of any Volvo vehicle into the simulated world.

“Working together with great companies like Varjo, Unity and Teslasuit has allowed us to test so many scenarios that look and feel totally real, without having to physically build anything,” says Casper Wickman, senior leader of User Experience at Volvo’s Open Innovation Arena, home of this advanced simulator.

In an example showcased in an online-streamed event dedicated to safety innovations, engineers developed a virtual scenario where a moose crosses the road in low visibility conditions, ahead of a speeding Volvo test car. 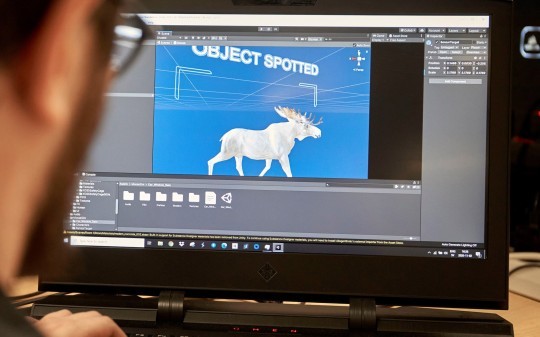 The simulator makes it possible to easily test how the car and driver would react. This scenario can be reproduced multiple times, with slightly modified parameters like speed, distance between vehicles, and weather conditions. The moose can be replaced by any kind of object that can be encountered in real-life.

Sensors, radars, and any driver assistance features can be tested in a safe, virtual world, and the accurate telemetry can be transferred to the production units used on Volvo vehicles.

This innovative simulator is also used to test user interaction with automated driving assists, particularly how drivers take back control from the system without inducing unnecessary stress into this process. The most relevant example is when the vehicle is being driven on a highway, and the driver engages the adaptive cruise control function.

The car will take control of the driving, allowing the driver to engage in other activities like admiring the scenery, read an email, or browse a playlist on the infotainment screen. 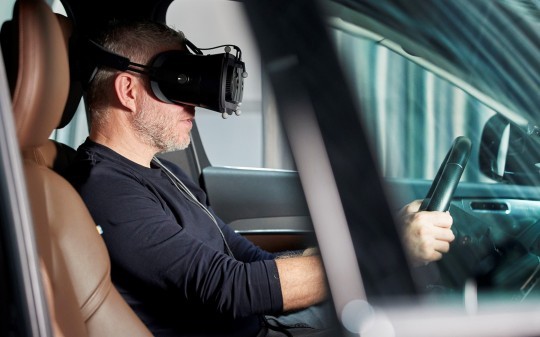 Engineers can now simulate various warning methods that include audible, kinetic, and haptic feedback. Examples include slight pulling of the seatbelt or vibrations in the seat that notify the driver that a scenario that requires full attention is developing and he or she must be ready to take back control of the vehicle.

Using these cutting-edge technologies opens up endless possibilities which Volvo engineers will use to exponentially increase the safety of the company’s vehicles.

After bringing us the three-point seatbelt, rearward-facing child seat, and front and rear side airbags, we look forward to seeing what other safety innovations Volvo will introduce in the future.