Apple’s latest iPhone 12 and iPhone 12 Pro are in stores Friday. That means millions of people around the world will be considering an upgrade or switch. The question is, is it worth it? I test many phones each year – from Google to Samsung, OnePlus to TCL – and […]

Apple’s latest iPhone 12 and iPhone 12 Pro are in stores Friday. That means millions of people around the world will be considering an upgrade or switch. The question is, is it worth it?

I test many phones each year – from Google to Samsung, OnePlus to TCL – and here are my thoughts on the iPhone 12 and 12 Pro.

For starters, the new features Apple is promoting: 5G wireless, a better camera, faster processor, improved design, magnetic accessories and a screen that supposedly shatters less. After spending just a few days with the iPhone 12 and 12 Pro (the Mini and Max don’t arrive until mid-November) I can describe the experience as familiar and comfortable, but also slightly upgraded.

5G is a next-gen wireless network that will bring faster speeds and lower latency to smartphones and other devices. That’s the promise, right now it has yet to deliver. That doesn’t mean it won’t, it just means it’s not here just yet. I’ve tried 5G on T-Mobile, AT&T, and now, Verizon and so far I have yet to find a speed that really impresses me.

Still, I’m excited about this next-gen network for promises of faster uploads and downloads, backups, live streaming, video implications, and more. It’s not a reason to get a new iPhone but it will be nice to have when you do.

People are worried about the hit 5G will have on battery life and as far as I can tell that’s probably a bit overblown. Will the iPhone 12 last as long as the 11, which had incredible battery life, probably not. The reason is that iOS software and cellular carriers will take some time to optimize their systems dealing with this new wireless standard. Still, iPhone has among the best battery life of any phone I test – and they do it with smaller batteries than the Androids.

The new iPhones have a design reminiscent of the iPhone 4 or 5. The edges are more squared off and it feels great in the hand. It’s easy to grip and comfortable to use. I’m a big fan. Also, since both the iPhone 12 and the Pro share the exact same screen size of 6.1 inches and similar dimensions – they might even be the same, but the Pro is a bit heavier.

Also, the finishes are different. On the 12, it’s a shiny back with matte sides, on the Pro it’s a matte back with shiny sides. Either way, you’ll probably be covering it up with a case.

My only tiny issue with the new design is that the buttons don’t seem to push down as far or have as much click as before. They’re sort of mushy, which means it takes a bit more effort to use them.

Apple puts a lot of resources into its camera tech and that’s apparent. It was last year that I decided that the iPhone 11 Pro Max had a more capable camera than the Google Pixel. This year, it gets even better. Apple has expanded its Night mode to all of the cameras so you can take better low light selfies and wide-angle shots. It’s pretty dramatic how much better low light pictures look.

The best part about an iPhone camera compared to other phones I test: the iPhone camera is much more effortless in capturing a great shot. It just works without a lot of fuss. That’s probably why people love it so much.

Also, most of the pictures I see from reviews show inanimate objects – blue skies, flowers, buildings, trees and more. Every smartphone I test can take amazing pictures of these things. While I might not always show them, it’s really the shots of your kids and all of their wild movements that challenge most smartphone cameras. I can say the iPhone is among the best at taking these more challenging shots.

Photos from the 12 look fantastic and the video is the best I’ve ever seen on a smartphone. It’s brilliant and seems to pop off the phone screen. That’s partly due to Apple applying some special blend of Dolby Vision processing. It gets a bit complicated, but it will take a while for your videos to look as good in other places – including Instagram and YouTube.

The big difference between the 12 and Pro is that you get an extra lens on the Pro, which is telephoto. This means you can zoom into your subjects with better clarity and detail as opposed to pinching on your screen and digitally zooming into the shot, which is how you do it on the 12.

Also, the Pro has LiDAR, which helps with autofocus at night and with augmented reality. Coming later is Apple ProRAW, which will give smartphone photographers even more control over edits on their shots. It’s something I don’t need and most others won’t either. I think 99% of buyers will be best served with the iPhone 12 and its combination of price and features, but if you want the absolute best iPhone pictures in 2021, you’ll want to go 12 Pro.

The iPhone 12 and 12 Pro are snappy. They both share the same A14 Bionic processor, which Apple says is among the fastest in a smartphone. I believe it. Everything happens on the phone fast and with zero hesitation. I tried exporting a large video file and it took just a fraction of the time it took on my 11 Pro Max.

This is a tough one to test. Apple says they’ve mixed tiny ceramic particles into the screen for a stronger material that will survive a fall better than before. The actual number is 4x – Apple arrives at that using a combination of the stronger material and the new more squared-off design.

We’ll learn more about the advantages here as people buy (and drop) these devices. Will you still need a screen protector? Probably. I’ve heard “Gorilla Glass is stronger than ever” year in and year out and somehow when any phone screen gets next to your keys for a fraction of a second it’s scratched.

MagSafe is Apple’s new accessory platform that uses magnets on the back of the phone to hold items perfectly in place. It could be a wireless charger, wallet or a phone mount for your car. I’ve tested the official MagSafe wireless charger from Apple and it’s neat how it “locks” into place so you don’t have to spend much time trying to find the wireless charging “sweet spot.”

Also, if you use Apple’s official MagSafe charging cable you’ll be able to wirelessly charge your phone at double the speed of typical wireless charging. I think the most promise is in third party accessories – a magnetic mount for my car will be neat to have and it would also be cool to have a way to “stick” the phone to something like a tripod.

One big surprise is this year’s iPhone box. It’s a lot slimmer than in past years. That’s because Apple has decided to ditch the charging adapter and headphones. The company says there are too many of them in the world already and this will make a big environmental impact. I’m actually fine with that reasoning, but there is a little catch.

The cable Apple is including this year is a USB-C, which means you might not have a way to plug it into the wall. It’s smaller and reversible compared to USB-A, which you’re probably very familiar with and it only plugs in one way (and never the way you first insert it!)

Before you fret, know that all of your old charging stuff will work – your wireless chargers and your lightning cables with USB-A that you probably have wall plugs for. They just won’t charge your phone as fast as it’s cable of being charged.

I really appreciate the iPhone but also find certain parts of the operating system a little wonky and inefficient compared to Android. But with iPhone, you’re not just getting a smartphone – you’re getting entre into an entire ecosystem of products and services engineered to deliver a seamless experience.

People keep expecting to see a “revolutionary” advancement with the iPhone and I’m not sure we will see that anytime soon. These phones keep evolving in a way that slowly but surely adopts the latest advancements. While Androids are all about the specs, it’s tough to compete with the solid foundation of iMessage, world-class apps, accessories and integration with other Apple products like the Apple Watch.

Do you need to upgrade to the iPhone 12 or 12 Pro today? That’s tough to say. Technically speaking, you’ll see a pretty big improvement in camera and speed over the iPhone X and below. But the thing about the iPhone at this point is how, except for the most dedicated power users, it has become something that you replace when it’s time.

That could be when you’ve saved up enough money, your current model is on it’s last breath or your installment plan affords you an upgrade. No matter how you come to the 12 or 12 Pro, you’ll definitely enjoy the effort Apple has put into making this familiar experience better, year in and year out.

Want more iPhone? In a rare interview, Apple iPhone VP Kaiann Drance talks about new features on the iPhone including 5G, Ceramic Shield, MagSafe, new cameras and the lack of a charging adapter in the box. From the Rich on Tech Podcast. Watch below or listen!

NOW: Listen to the Rich on Tech podcast, where I talk about the tech news I think you should know about and answer the questions you send me! 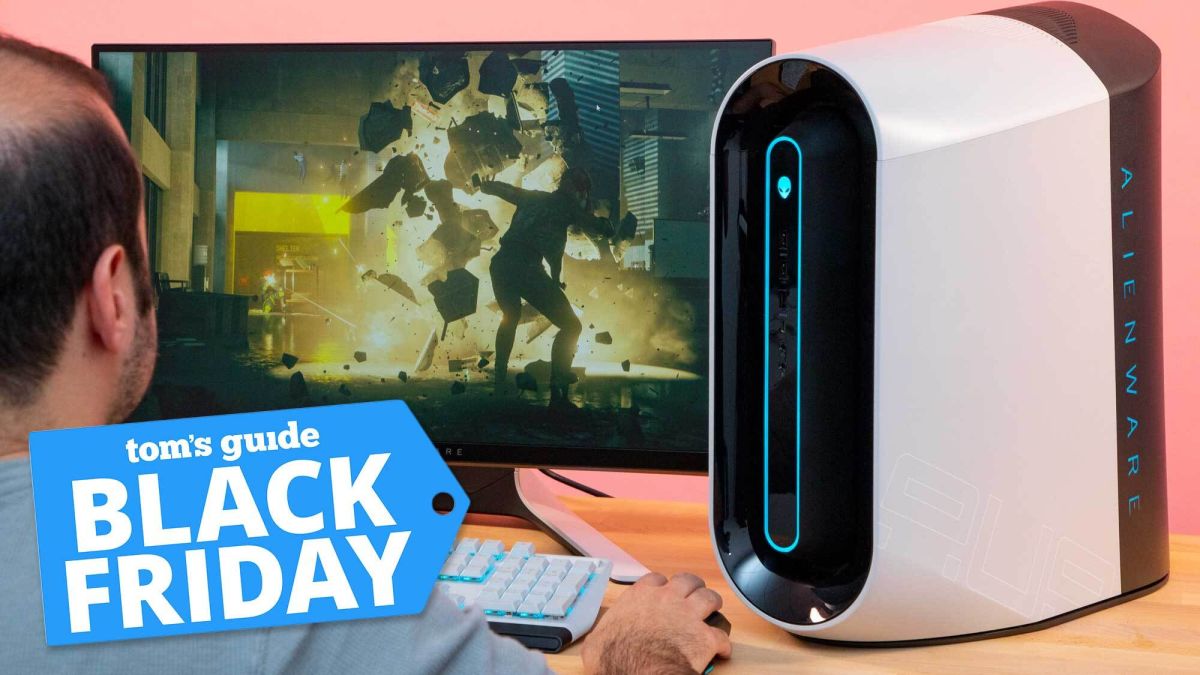