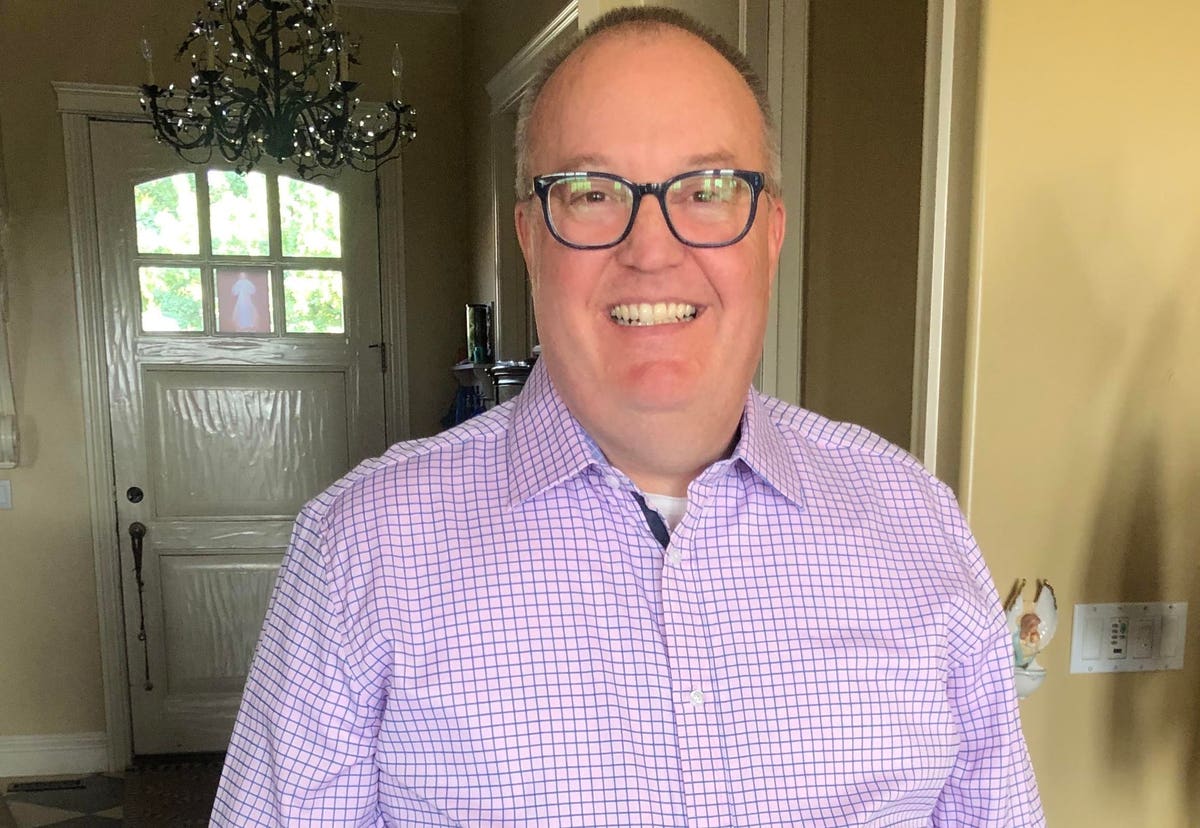 As much promise as native digital assets have for the economy, some believe that an even bigger opportunity lies within the world of tokenized or digitized securities. In fact, capital formation through tokenization could turn out to be one of the biggest advancements of financial engineering in our lifetimes. Through tokenization virtually anything could be securitized, from works of art to employment contracts. That said, despite this promise security tokens have failed to make the same impact in our collective mindshare or actual economic activity.

There are several reasons for these false starts and shortcomings, the biggest being the  continuing search for a product-market fit. After all, just because something is tokenized doesn’t mean that people will want to trade it. Another key challenge is the lack of trading platforms that can support these new assets.

Despite these headwinds, key believers in security tokens are undaunted. One of the leaders in this new industry is North Capital Investment Technology, a Salt Lake City-based financial technology firm that recently launched its own Alternative Trading System (ATS), the Public-Private Execution Network (PPEX), as a marketplace for secondary trading of both traditional and digital asset securities. In the world of security tokens the company is a true original, as its activities in crypto began in 2017 when it provided compliance support for a security token offering (STO) for Blockchain Capital, the world’s first tokenized investment fund.

Forbes: Can you give us an idea of the size of North Capital?

Jim Dowd: We have several hundred clients. Our customers are basically broken down between what we refer to as professional intermediaries—groups that are in the business of raising money for others, whether they’re funding platforms, other broker-dealers, consultants or other people who are involved in some way in the value chain related to private capital formation. This group represents about two-thirds of our business. The other third of the business is direct issuers, either serial issuers or individual issuers that are trying to raise money from private markets. So we have a suite of products and services that serve those two different channels. Some of the advisory business that we do is related to that as well.

The main metrics that we use for tracking our activity are completed transactions and the number of actively involved investors. We’ve done about 1,100 transactions over the past five years—1,100 separate fund or capital raises. There are about 70,000 investors involved in those deals and we’ve raised close to $2 billion.

Forbes: Are there any public fund or capital raises you could mention to give us an idea of the kinds of deals you do?

Dowd: Most of our deals are public in the sense that they are offered through general solicitation (Rule 506(c) of Regulation D). We’ve also participated in a number of Reg A+ offerings, which are sometimes referred to as a kind of short form IPO or mini-IPO that involve a Form 1-A registration statement with the SEC. A lot of those, from a type of deal standpoint, are in the real estate space and fund type offerings. Both of those regulations came out of the JOBS Act.

One of the most prominent ones we are currently doing is fundraising for Jamestown, which is a large multibillion-dollar real estate group based in Atlanta. That’s a Reg A+ offering. We’re also offering a couple of options for a group called Rich Uncles, which was one of the earliest entrants into the real estate crowdfunding space.

Forbes: You’ve got a page on your website that’s just crypto. Is it accurate to describe what you’re doing as facilitating compliant ICOs? What exactly are you doing today?

Dowd: It’s interesting because the arc of our business in many ways follows the arc of initial coin offerings (ICOs). We were brought into our first blockchain deals by firms that had an appreciation for the securities laws and wanted to do it in a compliant way. After our first three deals, I would say, the market basically caught a little bit of a fever, and we started to back away because the stuff that was happening was a little bit crazy. We didn’t think we could support it from a placement agency standpoint.

Today, we’re providing escrow, know your customer (KYC) and anti-money laundering (AML) services, along with all the supporting compliance activity. We are also able to place the agent services in some cases.

Probably the biggest development going forward, after a two and a half year process, is that we have an ATS that supports secondary trading of certain crypto digital assets. It’s been a slow slog from a regulatory standpoint, but the market is slowly inching towards a direction where a lot of the activities that you do on the primary side will flow through the secondary side as well.

Forbes: There are some serious synergies between the changes the JOBS Act implemented and crypto. The first person to do something with Reg A and crypto might have been Brock Pierce, when Blockchain Capital raised that $10 million fund. It was a small but, possibly, historic offering. Is that what brought you into crypto?

Dowd: That deal was actually our first kind of involvement with crypto. We were brought into the deal to run the escrow for fiat, help with KYC/AML and make sure that the investors who were coming in from the U.S. market were vetted. We looked at the procedures of the group that we were then working with on the technology side. At that point, we knew very little about crypto. We had not looked very deeply into the technology, but we got pulled in as a service provider that had a lot of experience in private offerings. There was a recognition: “Hey, we need to have some of these institutional protections for investors to make sure that this is done in a way that’s compliant with securities laws.”

Forbes: So you participated in something somewhat historic!

Dowd: Well, we never say: “That was our deal.” We were kind of a cog in the deal that got put together, but it did light a little bit of a spark for us, thinking about this new market that appeared to be opening up and also the potential of the technology. I think that was sometime in 2017 that that deal happened.

I guess we’d actually heard of crypto, but before that there was a book written about the first wave of Bitcoin called Digital Gold. I remember I read it over one of the holidays. It must have been the end of 2016, after Christmas. I basically came into the office after the Christmas break and we bought about 20 copies. I made everybody read it because I thought this could definitely be something that affects what we’re doing.

Forbes: I like the phrase you used earlier: “to light the spark.” Can you expand on that?

Dowd: The reason why there was a level of interest from our side is we’ve been working since, really, 2013 on this whole problem of creating scalable infrastructure to improve the way that private offerings were done. The biggest change after the JOBS Act, other than just general solicitation, was that the barriers to entry for doing private offerings just dropped precipitously.

The way it played into crypto, blockchain and the rest of it was that we never really figured out or had thought about a solution for when the transaction is done. How do we facilitate streamline reporting, custody, secondary trading to complete that whole conversion cycle? That was aspirational for us because we thought: well, we don’t know that people are going to want to do secondary trading and have custody, but we can guess that they probably will, because if public markets have all these things and private markets are kind of taking a piece of that market away from them, then why wouldn’t investors want to have all the things that they’re accustomed to with public markets? That was the driver. The motivating factor was how can we make the rest of the transaction cycle be as efficient as it is in public markets?

Dowd: We’re seeing interest in the alternative trading systems from three distinct groups: investors who want liquidity prior to a formal liquidity event (IPO/M&A)—this group includes early employees and early stage investors (funds and family offices); investors who want access to growing private companies before they are publicly traded (existing investors and new high net worth (HNW) investors, funds and family offices); and issuers who hope to create a secondary market for their offerings to spawn new asset classes/investment types.

Sellers and buyers in the first and second groups are typically looking at large-cap private companies that are expected to go public at some stage. In the third category, we’ve got companies like SportBLX (a platform for purchasing shares of unique sports assets such as an equity interest in a professional sports team, future earnings of an athlete or a thoroughbred racehorse), RW Holdings (a real estate investment trust), AcreTrader (an investment platform where one can buy farmland shares).

Forbes: STOs have gotten a lot of attention because of their perception of being a compliant ICO. But they haven’t seen much uptake so far. Do you think that this is the case, and if so how might that change in the future?

Dowd: The 2017 ICO period did great damage to the short-term adoption of blockchain in private securities markets. Between the outright fraud, the illegal securities activity and the terrible quality of so many offerings, it’s a miracle that the technology was not completely discredited. The regulators took notice and they purposefully slowed down the ability of regulated firms to adopt blockchain technology. The acronym change you referenced—ICO to STO—did nothing to affect the quality of offerings and fraud is still pervasive. With higher regulatory risk and more constraints, issuers and investors are not as interested as they were during the “easy money” period of late 2017. Many brokers won’t touch anything crypto- or blockchain-related.

I think this will change. Private securities markets desperately need infrastructure for clearing, custody and reporting, and blockchain technology offers a robust, cost-effective solution. The technology is ubiquitous at this point; most of it is open source after all. The opportunity over the next five years is in how and where it is applied to drive new business. The winners will be the firms that can successfully apply the technology to real business needs, while navigating the regulatory complexities.

Forbes: The SEC has recently updated its definition of accredited investor to incorporate a person’s financial knowledge in addition to his/her means when it comes to investing in certain types of securities. What do you think of this and how might it impact the outlook on your business and STOs in particular?

Dowd: The SEC’s recognition that knowledge is a key factor in determining an investor’s qualification to invest in private securities is a positive development, so I’m pleased that it took this step. But the change in definition will have little impact over the short term because the only credentials that are recognized at this time are FINRA Series licenses. I hope the scope will be expanded to include other credentials, including new “investor” credentials that do not even exist today. I don’t believe that access to private investments should be limited only to the rich and industry insiders, which is the situation that exists today, after the rule change.