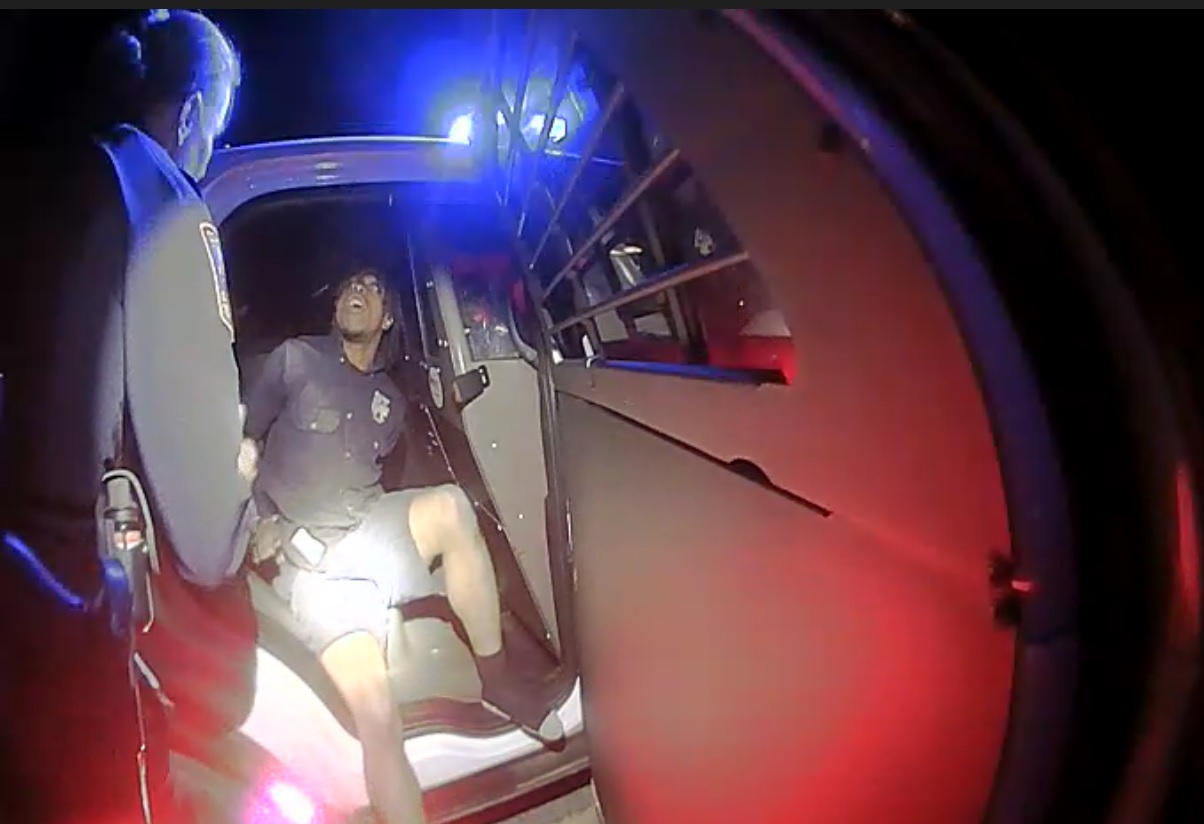 Schertz officials released new police camera footage Wednesday that shows what happened before and after the arrest of a Black teen seen in a viral video that prompted accusations of excessive force.

Officials said they had wanted to release the footage of 18-year-old Zekee Rayford’s arrest earlier in the name of transparency. They were only able to release the videos Wednesday after receiving authorization from the Guadalupe County District Attorney’s Office.

On Nov. 2, Rayford allegedly ran a red light at about 11:45 p.m. on Schertz Parkway and did not pull over when signaled by Schertz police officers Frank Chavarria and Megan Fennesy, according to a police report.

Instead, Rayford drove to his home in the 1000 block of Keanna Place, where a security camera there provided the first video of his arrest. It has since been shared on social media and drew criticism from family, civil rights activists, and many others on how Schertz police handled the arrest.

In that video, Chavarria, Fennessy and officer Danielle Apgar are seen chasing Rayford to the front door of the home. The officers are seen kneeing Rayford and using a stun gun multiple times as he struggled and shouted for his father.

The new footage begins with the moment police began pursuing Rayford and beyond their encounter at the door of the home.

Among the things the new footage shows is Rayford’s parents’ anger as police prepare to examine the teen, as well as an exchange between Rayford and arresting officers.

Family members are also seen repeatedly explaining to officers — sometimes using choice words — that Rayford had his hands up and that they did not have to use a stun gun on him.

One family member could be seen holding Rayford’s father back as he repeatedly approached the officers in anger.

Schertz officer Jason Hanley explained that the officers used a stun gun on Rayford because he was “fleeing on foot,” and that Rayford had committed a felony by fleeing a police officer.

Down the street, more words are exchanged as Chavarria and Fennesy are preparing to have Rayford examined by medics. During the conversation, he begins to tell the officers they did not have to knee and use a stun gun on him calling the incident “unnecessary.”

Chavarria responded saying that they had to because Rayford should have stopped.

“Well, then why did she tackle me?” he asked, looking at Fenessey. “I was circled and already. …”

Fenessey responds saying “If there’s a problem, there can be a problem, you understand that.”

“Is that a threat? You’re going to pull out your gun out and shoot me or something?” Rayford asked her before continuing. “I don’t want to talk. … You’re a bad person and I’m uncomfortable around you.”

He was then examined by medics for prongs from the stun gun as he expressed his anger at the officers.

Schertz Mayor Ralph Gutierrez said in a statement Wednesdat that he fully understands “the concerns and public outcry brought about from this incident.”

“The City of Schertz is an inclusive community and one that celebrates all of our residents” he said. “Throughout every situation the city is deeply committed to doing what’s right and at this time, the right thing to do is be as transparent as we can, which is why we are releasing this footage.”

The three officers involved in the incident have since been temporarily reassigned within the department as the investigation into Rayford’s arrest continues, Schertz officials said.

Attorney Daryl Washington, who is representing the Rayford family, has said the officers didn’t attempt to deescalate the situation after cornering him at the front door, calling his manner of treatment “unjustifiable.”

Chavarria’s attorney, Robert McCabe, previously defended the officer’s actions calling for a “full, fair and just” investigation. He also said that Rayford could have made the rational choice to pull over, but turned what would have been a simple traffic stop into a dangerous pursuit.