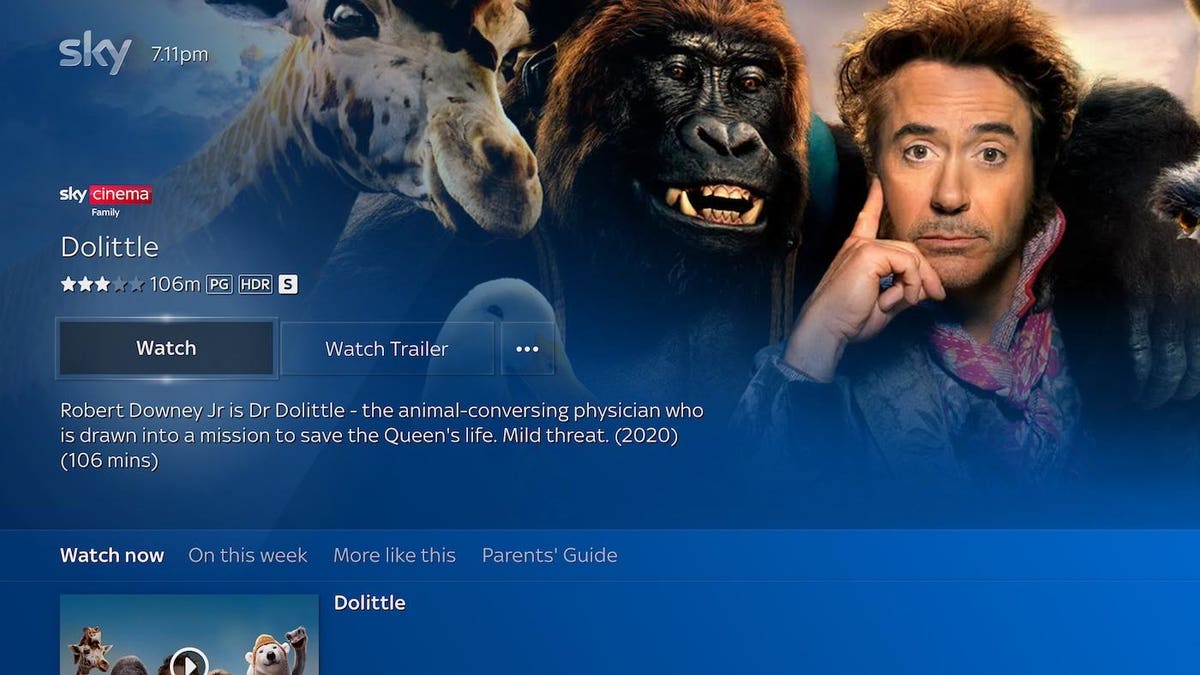 After a couple of relatively quiet years, British satellite broadcaster Sky is continuing its recent resurgence in 2020 by adding more than 40 films to its burgeoning portfolio of high dynamic range (HDR) titles – all set to arrive in time for Christmas.

Sky can’t yet reveal the full list of HDR movies it’s going to be making available through its Sky Cinema service, but it is confirmed that the Back To The Future Trilogy, Dolittle, Le Mans 66, and all 8 Harry Potter films will be available in HDR from December 9. New Premieres including Emma, Little Women and Bad Boys For Life will also be landing in HDR when they join Sky Cinema – and Sky Original film The Secret Garden is actually available in HDR now.

It’s nice to see that Sky is prioritising getting HDR movies on Sky Cinema, within a suitable subscription, rather than focussing on only making HDR movies available in the first instance through the Sky Store.

Sky’s latest HDR news isn’t limited to the addition of its first ‘third party’ studio movies. Sky Original series Tin Star: Liverpool, Gangs Of London and Chernobyl will all be available in HDR from December, too. And the broadcaster continues to be bullish about launching live HDR sports in 2021 – including the Olympic Games from Tokyo (assuming they finally go ahead).

One final handy HDR-related touch is going to be the addition of an HDR logo to the header information for HDR films and TV shows. This will appear alongside the age rating advice above a title’s description. This appears to be part of a new firmware update rolling out to Sky Q boxes from today (Wednesday November 18).

The HDR logo is, of course, not the only feature being introduced by this new update. For starters, Sky’s also expanding its voice search feature to provide access to menus of personalised recommendations just by saying “What should I watch”. Or you can say “Show me great TV” and Sky Q will generate a menu of the best Sky and Netflix shows of the moment.

Potentially very useful, too, is a new rail on the Sky Q home screen that presents what’s showing ‘now and next’ on any TV channels you’ve tagged as favourites. This new rail should also prove a handy incentive to more people to actually take a few seconds to set up a favourite channel list.

Parents, meanwhile, will likely be happy to see Sky adding optional PIN protection for apps, so that children won’t be able to open up the likes of YouTube without you putting in your PIN code first.

Sky has finally made it possible, too, to keep watching on-demand or recorded content on your Sky Q receiver even if you’ve lost your satellite signal (due to bad weather, say, or a damaged dish). As well as being a hugely useful and long overdue feature in itself, this move also strikes me as another step towards Sky one day being able to offer an all-online service for people who don’t want/can’t have a dish on their home.