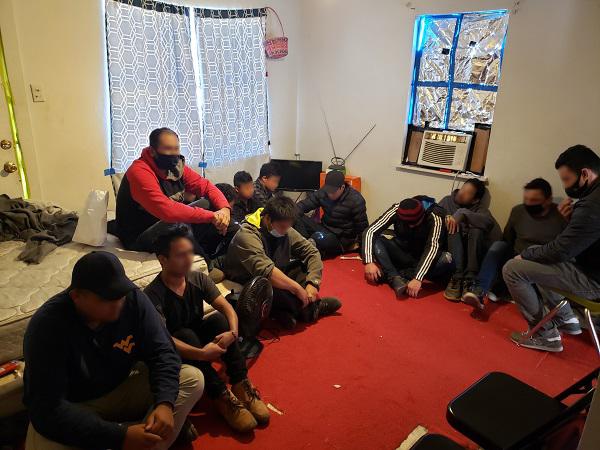 U.S. Border Patrol agents working collaboratively with Homeland Security Investigations and the Laredo Police Department apprehended 30 individuals in two separate human smuggling harboring cases that developed within 12 hours of each other in Laredo.

The first incident occurred on the morning of Nov. 25 when the combined agencies acted on suspicious activity that was observed at a home on Logan Avenue. The property consisted of four structures; nine individuals were encountered inside the first structure who were determined to be illegally in the United States. As they were being taken into custody, another individual exited from one of the other structures. A subsequent search led to the discovery of 13 individuals who were illegally in the United States. No other persons were found on the property. The 22 total individuals arrested were from