New York  — U.S. stocks climbed to new heights on Friday during a shortened trading session, led by gains in technology companies that propelled the Nasdaq to a record-high close.

© Lucas Jackson / REUTERS
FILE PHOTO: Traders work on the floor of the New York Stock Exchange (NYSE) as the building prepares to close indefinitely due to the coronavirus disease (COVID-19) outbreak in New York


The S&P 500 also finished at an all-time high, scoring its third weekly gain in the past four weeks. Investors have been encouraged by progress in getting a coronavirus vaccine approved and distributed and hopefully halting the coronavirus pandemic’s grip on the global economy.

“Alternating between ‘Walking on Sunshine’ and ‘Future’s so Bright I Gotta Wear Shades,’ the markets are looking forward to the impact of the vaccine and not at the high/rising Covid cases,” Paul Nolte, senior vice president at Kingsview

Deutsche Bank is considering offering some staff the opportunity to work from home two days a week permanently.

The COVID-19 pandemic forced organizations worldwide to move staff to remote work models with barely any notice. Working from hastily-created home offices for months on end, however, has raised questions as to why remote work setups can’t be more common in the future — and some companies are asking the same questions themselves.

It is not known when offices will be deemed safe enough for full teams to occupy them again — and in the meantime, this means shift patterns, reduced workforces, virtual meetings, and remote work which has become the new ‘normal’.

For Deutsche Bank, the current work trends may impact future policies, including the option for some staff to only come into the office three out of five days in a working week.

“Ten companies filed application for a new national bank charter in the fiscal year through September 30 according to the Office of the Comptroller of the Currency. That is the most in a single fiscal year since 2010.”

There have been two filings in the OCC’s current fiscal year, which started on October 1.

This, all according to Peter Rudegeair in the Wall Street Journal.

It is a large number, however, in the yearly numbers since 2010.

There is, to me, a more important aspect to the newly chartered organizations, one that should be of great interest to investors. The majority of the “new” charters are going to organizations whose base is more technologically orientated. 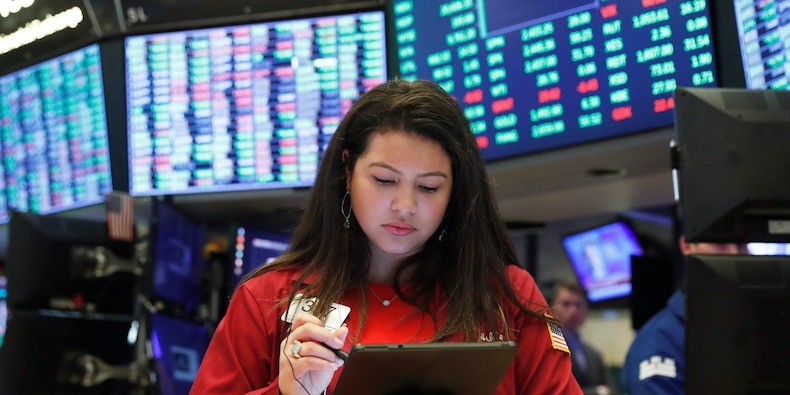 Investors have piled into the FAANG trade, but that doesn’t mean there aren’t other opportunities in tech, according to Bank of

A man looks at an electronic board displaying stock information at the Australian Securities Exchange, operated by ASX Ltd. on March 16, 2020 in Sydney, Australia.

Australia’s central bank voiced concerns on Friday over recent issues with the stock exchange’s trading systems after nearly an entire session was lost earlier this week and as investors faced a number of other operational issues.

The payments system board of the Reserve Bank of Australia (RBA) said it would be looking into whether there were underlying issues at those trading systems operated by the ASX Ltd.

“The Board is concerned about the recent operational issues affecting CHESS and ASX’s trading systems,” the RBA’s payments board said in a statement after a meeting on Friday.

The ASX is planning to do away with CHESS, the computer system it uses to manage settlement of transactions, by 2023 and the payments

Google takes on banking, plans to compete with Square, Paypal

The tech giant will let users open bank accounts, pay friends and manage budgets through a new version of its Google Pay app rolling out Wednesday.

The Mountain View, California-based company partnered with Citi and Stanford Federal Credit Union to launch the mobile bank accounts and

Google wants its software to become the center of people’s financial lives. The search giant on Wednesday said it’s overhauling its Google Pay service, which lets people pay for stuff using their phones, and extending the focus to online banking, shopping and loyalty programs.

It’s partnering with a handful of banks and financial institutions to create “a new mobile-first bank account,” called Plex, managed through the Google Pay app. Starting next year, institutions including Citi, BBVA and the Stanford Federal Credit Union will offer the Plex accounts, which come with no monthly fees or overdraft charges.

Google hopes to lure people to its software with the promise of a better user experience. It said its artificial intelligence will make it easier to search through purchases. For example, it will show you a charge from a taqueria if you search for something

Alphabet partnered with Citi and Stanford Federal Credit Union to launch the mobile bank accounts with plans to add 11 new partner institutions in 2021.

“Along with our bank partners, we were looking to make banking more relevant for the mobile-first generation,” Caesar Sengupta, general manager of payments at Google, told CNBC Wednesday.

“It will help our partners make banking more approachable to that generation, and not only make it more relevant, but make it more fun.”

Google will have so-called Plex checking and savings accounts, which have no monthly fees, overdraft charges or minimum-balance requirements.

People who sign up for Google bank accounts can request a physical debit card, 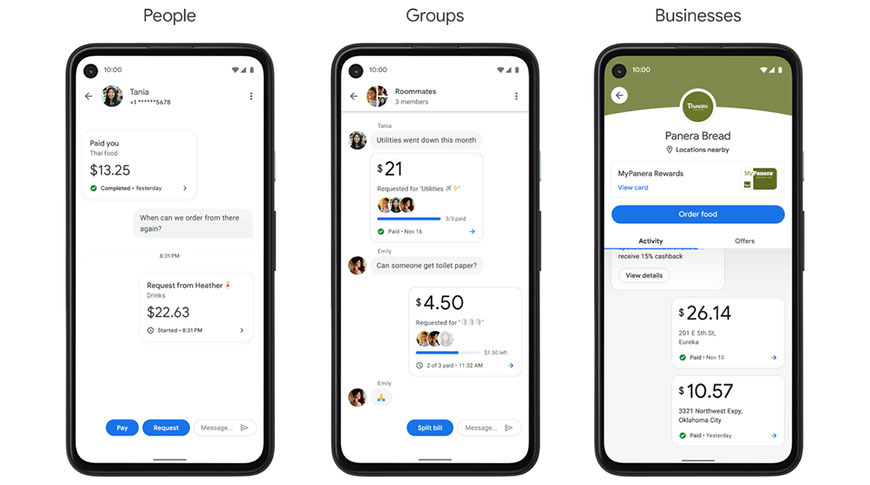