The Trump administration is suing Facebook, alleging that the social media giant discriminated against American workers in the way it hired foreigners for high-paying positions.

A lawsuit filed Thursday by the Justice Department accuses Facebook of refusing to recruit or consider U.S workers for some 2,600 positions from January 2018 to September 2019, instead reserving those jobs for H-1B temporary work visa holders that the company sponsored for permanent residency, often known as a green card.

Federal law requires companies to demonstrate that there are no qualified U.S. workers for a position before it offers the job to a foreign worker on a temporary visa who the company can then sponsor for an employment-based green card.

DOJ alleges in its lawsuit that Facebook reserved those thousands of jobs for foreign workers it sponsored for green cards through a federal immigration process dubbed PERM. Facebook did not advertise the positions on

Prince George’s County is one of 10 jurisdictions across the country that will receive a $470,000 grant from the Justice Department to reopen cold cases using forensic genetic genealogy — a new investigative technique that draws on privately curated DNA databases from popular genealogy websites to compare with samples collected from crimes.

The funding could help investigators reopen as many as 60 cold cases over the next three years, Prince George’s prosecutors and police said at a news conference Thursday.

“This is just another area where we’re going to make a big difference in Prince George’s County,” county State’s Attorney Aisha Braveboy said.

There are more than 600 cases of serious and violent crimes in the county in which DNA was collected from the scene but the sample did not generate a match in the FBI’s Combined DNA Index System, often referred to as CODIS.

The leads ran out,

Here’s the latest news from Google and the technology industry, which is coming under increasing scrutiny from regulatory watchdogs and cabinet departments.

The Department of Justice is filing an antitrust suit against Google for purportedly monopolizing search and ad markets.

The department had been looking into the tech company’s practices for more than a year. Eighty percent of U.S. search queries are conducted on search channels the tech firms owns or manages per the agency, as noted in the report.

Furthermore, attorneys general from multiple states are also intending to roll out a probe into Google.

The antitrust regulator in Japan can start an investigation into any business combination or partnership involving Fitbit if their scope is sufficiently large, Fair Trade Commission (FTC) Chairman Kazuyuki Furuya recently indicated, Reuters


Lawyers who prosecuted Microsoft over alleged antitrust violations in the late 1990s saw some familiar tactics in the Justice Department’s complaint against Google filed this week.

But it’s far from a carbon copy of the complaint, according to several lawyers involved in the Microsoft case interviewed by CNBC.

The DOJ cited its landmark antitrust case against Microsoft on page five of its complaint against Google, which was filed Tuesday in the same federal district court that ruled favorably for the 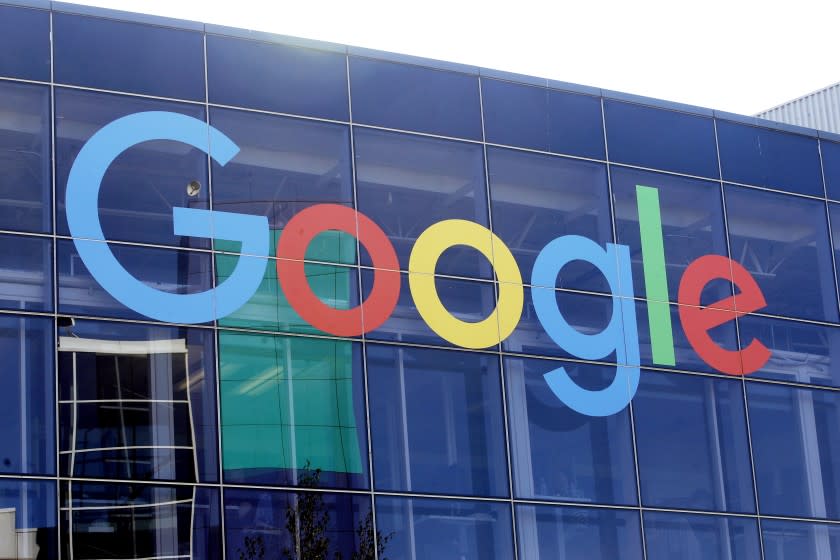 The internet has been a powerful source of innovation and opportunity in the half-century since the first electronic message was sent between experimental nodes at UCLA and Stanford. And in some industries, it remains a great equalizer — giving upstart creators and service providers the sort of access that used to be the exclusive province of big corporations.

That’s why policymakers in the United States have been loath to intervene online, worried that any rules they set would be counterproductive or quickly rendered obsolete by the rapid pace of change. “Don’t regulate the internet” became a frequent rallying cry, and for the most part, lawmakers and governmental agencies handled the emerging online powerhouses with kid gloves.

The gloves have now officially come off. The U.S. Department

Creating and maintaining such a search index would require an “upfront investment of billions of dollars,” the lawsuit alleges, and hundreds of million dollars in maintenance costs per year, effectively shutting out smaller competitors from entering the market.

Google’s alleged monopolization of search also amplifies its ability to maintain a superior product, the lawsuit alleges. It dominates the amount of data collected, and its larger data sets can be used to create more accurate algorithms, which in turn results in better search results targeted to each individual user. According to the DoJ, this cycle reinforces Google’s market dominance, unfairly protecting it from the competition.

A monopoly on advertising

Google has also monopolized online search advertisements, according to the lawsuit. Its monopoly on search gives it access to the largest potential audience for advertisers, making it by far  the most attractive option. The lawsuit specifically cites the attractiveness of text and