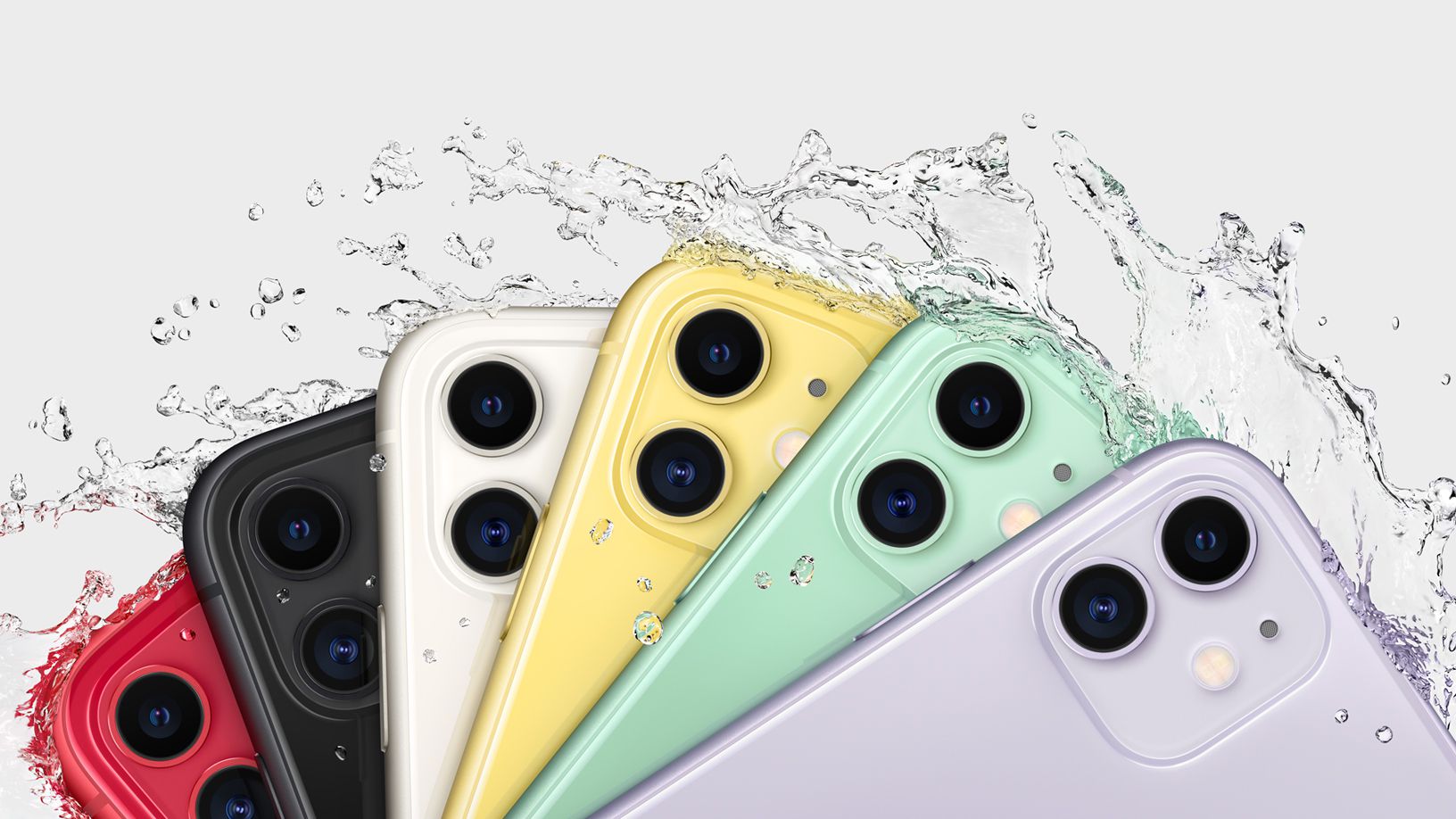 The European Union has fined two pharmaceutical companies for colluding to keep a cheap alternative to a sleep disorder medicine off the market for their profit and at the expense of patients.

EU antitrust commissioner, Margrethe Vestager, said that Teva pharmaceuticals and Cephalon, a company it later acquired, must pay 60.5 million euros ($72 million) for agreeing between themselves to delay for years the launch of Teva’s cheaper version of Cephalon’s blockbuster Modafinil. In return for the delay, Teva got beneficial side deals and some payments.

Modafinil treats excessive daytime sleepiness and under the brand name Provigil it accounted for more than 40% of Cephalon’s turnover. A cheap alternative would have had a serious impact 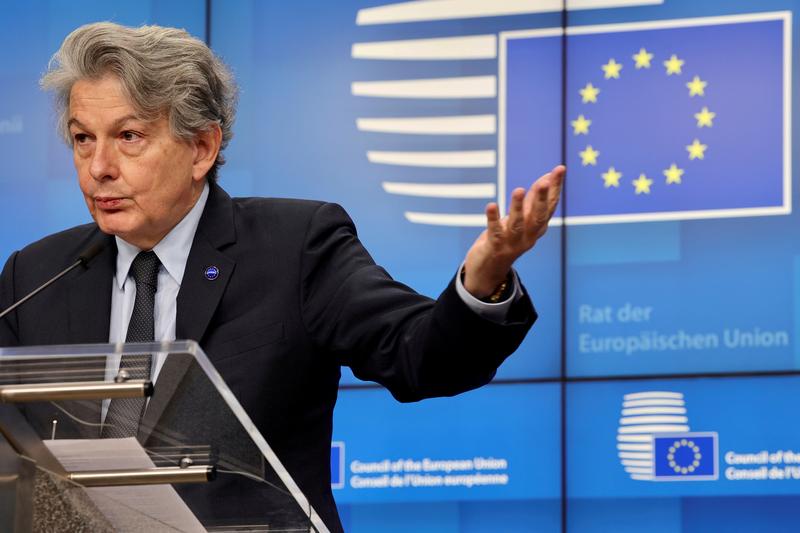 BRUSSELS (Reuters) – Tech giants that break new EU rules aimed at curbing their powers could face fines, be ordered to change their practices or even be forced to break up their European businesses, the bloc’s digital chief Thierry Breton said on Wednesday.

Breton’s comments come two weeks before he is due to present draft rules known as the Digital Services Act (DSA) and Digital Markets Act (DMA), which are likely to affect big U.S. players Google, Apple, Amazon, Facebook and Microsoft.

The DSA will force tech companies to explain how their algorithms work, open up their advertising archives to regulators and researchers, and do more to tackle hate speech, harmful content and counterfeit products on their platforms.

The DMA takes aim at online gatekeepers with a list of requirements, such as sharing certain kinds of data with rivals and regulators; and outlawed practices, such as favouring their own services. 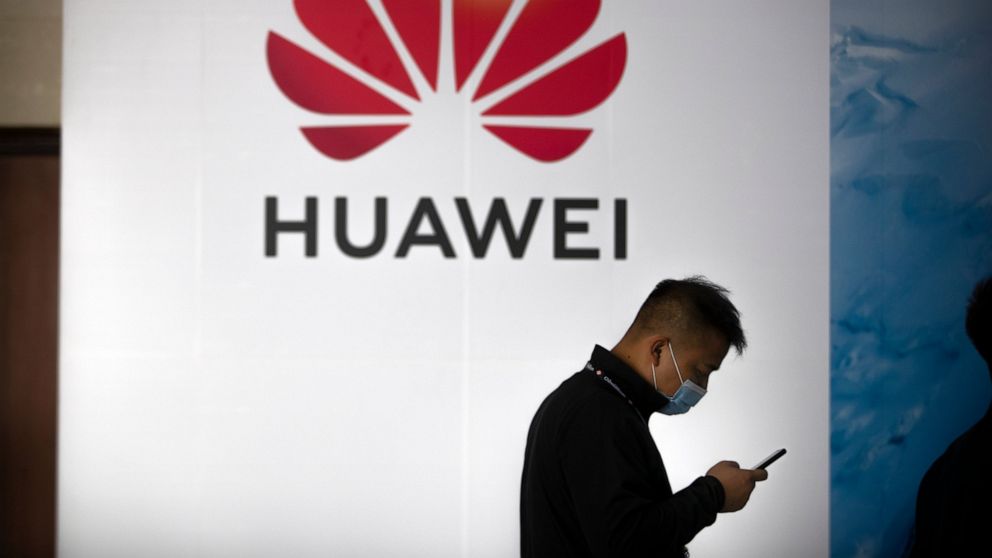 LONDON — Telecom companies in Britain face hefty fines if they don’t comply with strict new security rules under a new law proposed in Parliament on Tuesday that is aimed at blocking high-risk equipment suppliers like China’s Huawei.

The Telecommunications (Security) Bill tightens security requirements for new high speed 5G wireless and fiber optic networks, with the threat of fines of up to either 10% of sales or 100,000 pounds ($134,000) a day for companies that don’t follow the rules. 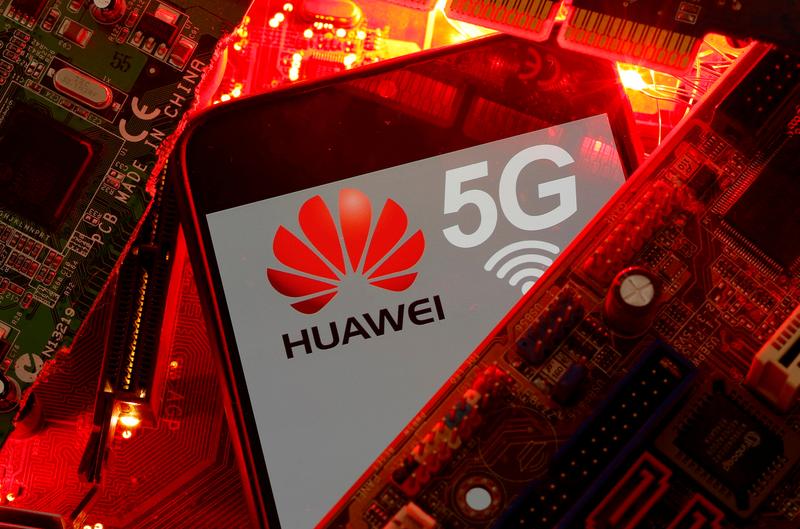 LONDON (Reuters) – Britain’s telecoms companies could be fined up to 10% of turnover or 100,000 pounds ($133,140) a day if they contravene a ban on using equipment made by China’s Huawei Technologies Co Ltd under a new law put forward on Tuesday.

The Telecommunications (Security) Bill will boost the security standards of the UK’s telecoms networks and remove the threat of high-risk vendors, the government said.

Britain in July decided to ban the use of Huawei in 5G networks from the end of 2027 because of concerns that U.S. sanctions on chip technology meant the Chinese company would not be a reliable supplier.

OTTAWA, Nov 17 (Reuters) – Companies that fail to protect the personal information of Canadians could be fined up to 5% of global revenue under the terms of a proposed new privacy law, Innovation Minister Navdeep Bains said on Tuesday.

Bains said the Digital Charter Implementation Act – designed to update regulations that are 20 years old – was needed at a time when the coronavirus epidemic was increasing Canadians’ reliance on digital technology.

The draft law, which must be adopted by Parliament, says Canadians who feel their data has been improperly gathered or shared can turn to the country’s Privacy Commissioner and demand the information be deleted.

The commissioner can order a halt to the collection and use of an individual’s information. Companies that do not comply could be fined up to 5% of their global revenue for serious contraventions.

Baltimore County’s speed camera ticket citations are on track to set a record — in part, officials say, because drivers got more aggressive as more people stayed home during the pandemic.

The county has seen a 10% increase in speed camera violations this year, issuing 181,525 citations between January and Oct. 13, according to data obtained by The Baltimore Sun. During the same period last year, the county issued 164,042 citations.

Speed camera revenue increased by nearly 38% during the first nine months of the 2020 fiscal year. More than $4.56 million in speeding fines were collected as of Aug. 31, up from more than $3.31 million during that time last year.

Speed camera citations are also rising in Baltimore City, though not quite as much. Citations were up by 7% to a total of 513,142 through September. Those citations generated more than $12 million in revenue, according to the

US telecom giant  T-Mobile will pay a $200 million fine as part of a settlement to resolve a probe into Sprint’s alleged abuses of a federal program aimed at low-income subscribers, the Federal Communications Commission announced Wednesday.

The settlement comes after an FCC audit found the Sprint, which merged with T-Mobile earlier this year, was claiming monthly subsidies for 885,000 customers as part of the federal Lifeline program, even though those subscribers weren’t using the service.

Lifeline directs $1.5 billion per year to help low-income families pay for phone service by giving out a $9.25-per-month subsidy. Originally intended to provide discounts on landlines, the program

ANKARA, Turkey (AP) — Turkey has issued fines against global social media companies for failing to appoint a representative to ensure they conform to Turkish law, a senior official said Wednesday.

The fines are the first step on an escalating scale of penalties that can end in a block on 90% of the site’s internet traffic bandwidth.

Social media firms with more than 1 million daily users in Turkey had been due to notify the government that they would establish a representative in the country by Monday.

The fine is the first of five stages to penalise companies that do not comply with the law, which came into force on Oct. 1.

“I have complete faith that social network providers will make