Wearing a facemask helps limit the spread of COVID-19 by reducing respiratory droplets and aerosols spewed into the air when people breathe, talk, laugh, sneeze or cough. But the physical barrier created by masks has prompted concerns that they might impair the cardiopulmonary system by making it harder to breathe, by altering the flow of inhaled oxygen and exhaled carbon dioxide and by increasing dyspnea — a medical term that describe shortness of breath or difficulty breathing, especially during physical activity.

In a new study, published November 16, 2020 in the Annals of the American Thoracic Society, a team of American and Canadian researchers concluded that while sensations of dyspnea might increase, there is little empirical evidence that wearing a facemask significantly diminishes lung function, even when worn during heavy exercise.

“There might be a perceived greater effort with activity, but the effects of wearing a mask on the

Elite runners need a specific combination of physiological abilities to have any chance of running a sub-two-hour marathon, new research shows.

The study is based on detailed testing of athletes who took part in Nike’s Breaking2 project — an ambitious bid to break the two-hour barrier.

Professor Andrew Jones, of the University of Exeter, said the findings reveal that elite marathon runners must have a “perfect balance” of VO2 max (rate of oxygen uptake), efficiency of movement and a high “lactate turn point” (above which the body experiences more fatigue).

The VO2 measured among elite runners shows they can take in oxygen twice as fast at marathon pace as a “normal” person of the same age could while sprinting flat-out.

“Some of the results — particularly the VO2 max — were not actually as high as we expected,” Professor Jones said.

“Instead, what we see in the physiology of these 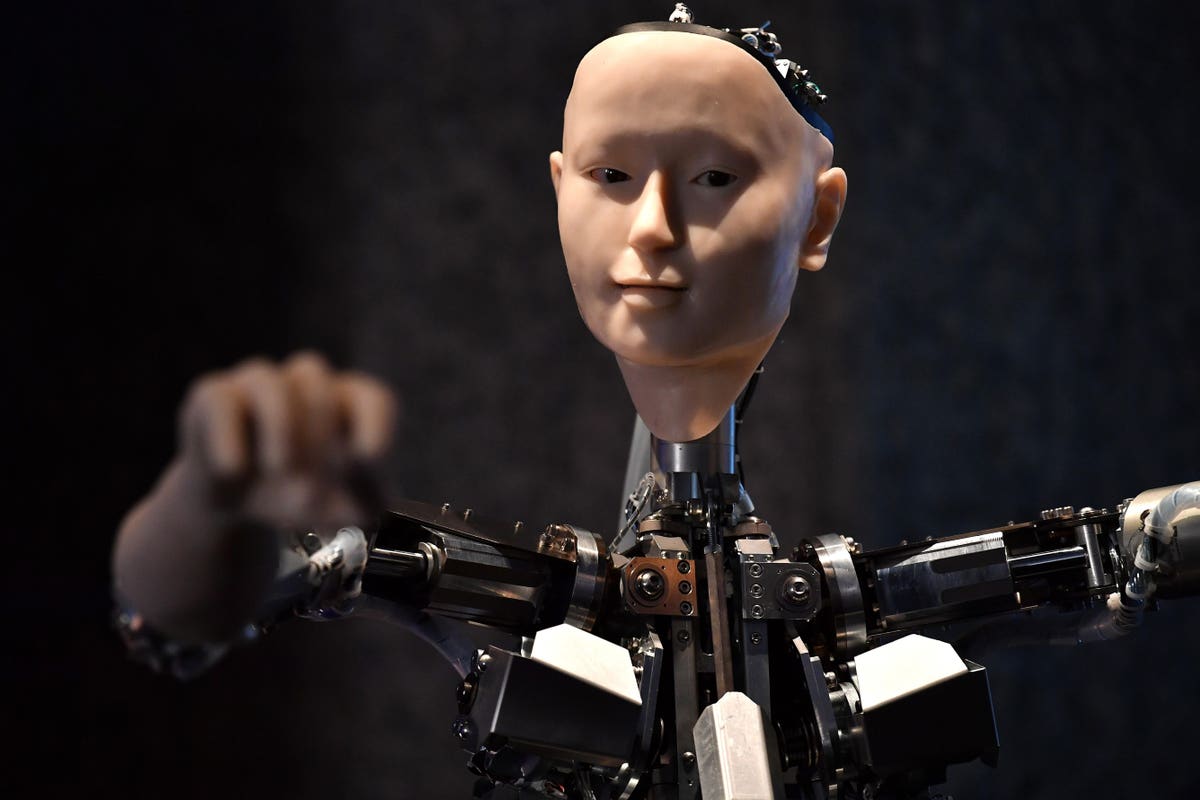 Researchers at Imperial College London have proposed “physical artificial intelligence” as a new multidisciplinary area of research that could be vital to producing lifelike intelligent robots in the future.

This combined discipline of “physical AI” could effectively be the missing link in the attempt to create artificially intelligent robots that look and behave like humans, the Imperial College London team suggests. They argue that research into how to build lifelike robot bodies has failed to keep up with

Known as Physical AI, these robots would be designed to look and behave like humans or other animals while possessing intellectual capabilities normally associated with biological organisms. These robots could in future help humans at work and in daily living, performing tasks that are dangerous for humans, and assisting in medicine, caregiving, security, building and industry.

Although machines and biological beings exist separately, the intelligence capabilities of the two have not yet been combined. There have so far been no autonomous robots that interact with the surrounding environment and with humans in a similar way to how current computer and smartphone-based AI does. 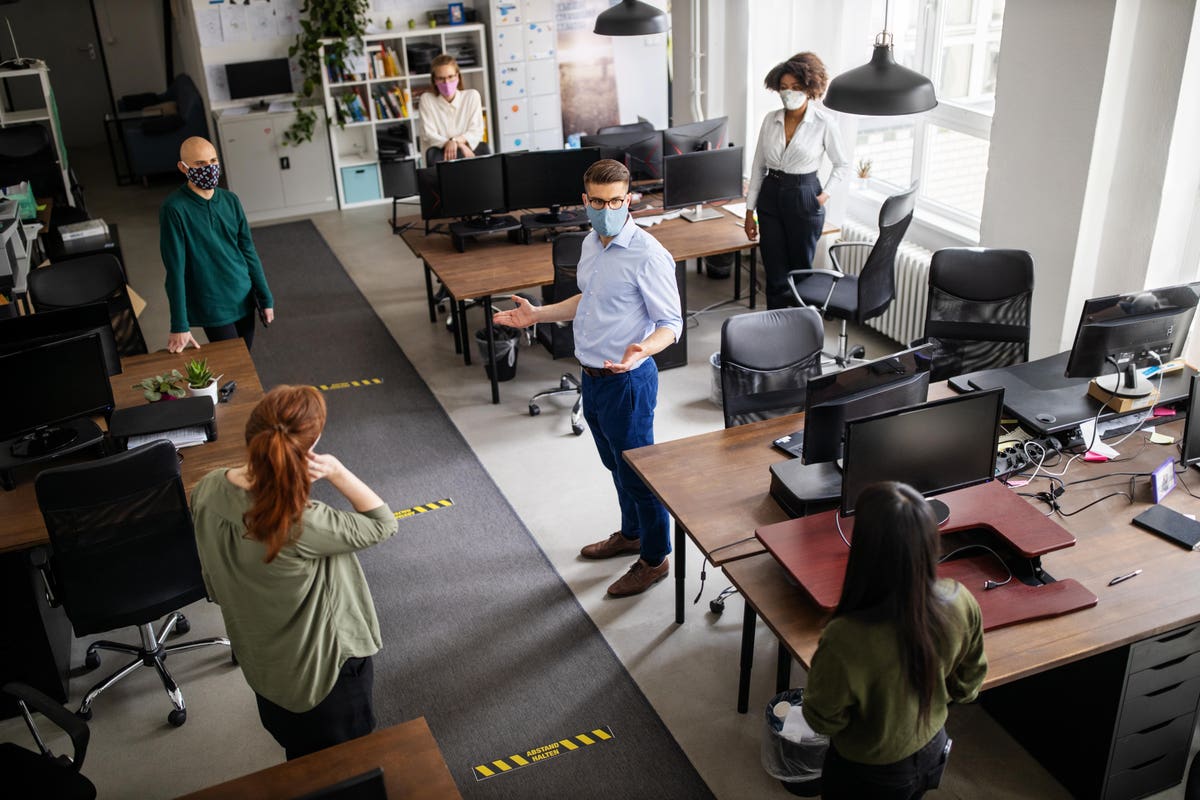 After months of remote lockdown, I finally joined my colleagues again in June at KONE’s 18-story headquarters building near Helsinki. Initially, it felt a little strange to interact with them in real life rather than 2D on my laptop. It also took time to adjust to facemasks, distancing protocols, hand sanitizers, plastic gloves in the cafeteria, automated air and surface disinfectants, touchless button controls and more.

Now, these small inconveniences and extra precautions are second nature. They’re a small price to pay to feel safe and be able to collaborate in person again. These days, I go to the office to create, brainstorm, discuss and debate. It feels so good to stand again in front of a whiteboard, dream big and laugh along with my colleagues in person. If I need to do some focused work on a presentation or attend

Nov 04, 2020 (TS Newswire via Comtex) —
A succinct analysis of market size, regional growth and revenue projections for the coming years is presented in Global Physical Security Market report. The study further sheds light on major issues and the new growth strategies implemented by manufacturers that are part of competitive landscape of the studied market. The report offers key trends, investment opportunities and drivers in Global Physical Security Market with the latest market intelligence by adopting primary and secondary research methods. It also includes strategies adopted in the context of acquisitions and mergers, and business footprint extensions.

In order to provide more exact market forecast, the report comprises a complete research study and analysis of COVID-19 impact on the Global Physical Security market. It also considers the strategies that can be adopted to deal with

An evolving understanding of cancer that incorporates the physical properties of tumors and their surrounding tissues into existing biologic and genetic models can direct cancer researchers down previously uncharted avenues, potentially leading to new drugs and new treatment strategies, say investigators from Massachusetts General Hospital (MGH), Harvard Medical School (HMS) and the Ludwig Center at HMS.

“We believe that progress in cancer research relies on close collaboration between cancer biologists, oncologists, physical scientists and engineers. A comprehensive understanding of the physical hallmarks of cancer requires a rigorous and broad perspective spanning the physical and biological sciences,” says Rakesh K. Jain, PhD, an investigator in the Edwin L. Steele Laboratories in the Department of Radiation Oncology at MGH and HMS. 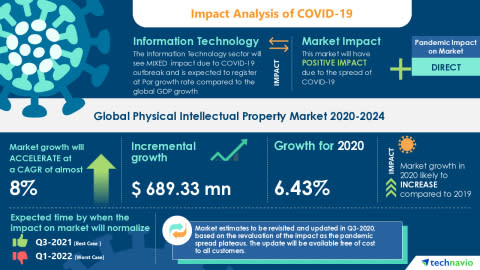 The global physical intellectual property market size is poised to grow by USD 689.33 million during 2020-2024, progressing at a CAGR of almost 8% throughout the forecast period, according to the latest report by Technavio. The report offers an up-to-date analysis regarding the current market scenario, latest trends and drivers, and the overall market environment. The report also provides the market impact and new opportunities created due to the COVID-19 pandemic. Download a Free Sample of REPORT with COVID-19 Crisis and Recovery Analysis.

The physical intellectual property market is driven by the growing complexity of ICs. Designers and engineers are continuously developing new methodologies and techniques to keep pace with the increasing level of integration and to manage more circuitry within