Decarbonizing U.S. electricity production will require both construction of renewable energy sources and retirement of power plants now operated by fossil fuels. A generator-level model described in the December 4 issue of the journal Science suggests that most fossil fuel power plants could complete normal lifespans and still close by 2035 because so many facilities are nearing the end of their operational lives.

Meeting a 2035 deadline for decarbonizing U.S. electricity production, as proposed by the incoming U.S. presidential administration, would eliminate just 15% of the capacity-years left in plants powered by fossil fuels, says the article by Emily Grubert, a Georgia Institute of Technology researcher. Plant retirements are already underway, with 126 gigawatts of fossil generator capacity taken out of production between 2009 and 2018, including 33 gigawatts in 2017 and 2018 alone.

Researchers from the Disruptive & Sustainable Technologies for Agricultural Precision (DiSTAP) Interdisciplinary Research Group (IRG) of Singapore-MIT Alliance for Research and Technology (SMART), MIT’s research enterprise in Singapore and Temasek Life Sciences Laboratory (TLL) have discovered a way to use Raman spectroscopy for early detection of shade avoidance syndrome (SAS) in plants. The discovery can help farmers with timely intervention against SAS, leading to better plant health and crop yield.

SAS is an adaptive response and an irreversible phenomenon, where plants reach for more light to overcome shaded conditions. It is commonly seen in plants experiencing vegetative shade which is detrimental to plant health, as it leads to a number of issues including hindrance of leaf development, early flowering and weakening of the plant’s structure and immune system. 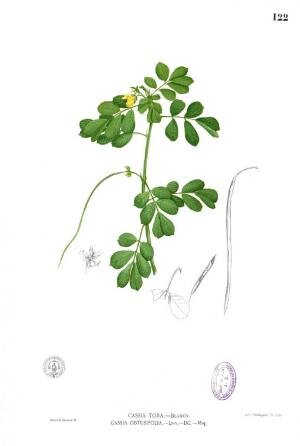 Anthraquinones are a class of naturally occurring compounds prized for their medicinal properties, as well as for other applications, including ecologically friendly dyes. Despite wide interest, the mechanism by which plants produce them has remained shrouded in mystery until now.

New work from an international team of scientists including Carnegie’s Sue Rhee reveals a gene responsible for anthraquinone synthesis in plants. Their findings could help scientists cultivate a plant-based mechanism for harvesting these useful compounds in bulk quantities.

“Senna tora is a legume with anthraquinone-based medicinal properties that have long been recognized in ancient Chinese and Ayurvedic traditions, including antimicrobial and antiparasitic benefits, as well as diabetes and neurodegenerative disease prevention,” Rhee explained.

Despite its extensive practical applications, genomic studies of Senna have been limited. So, 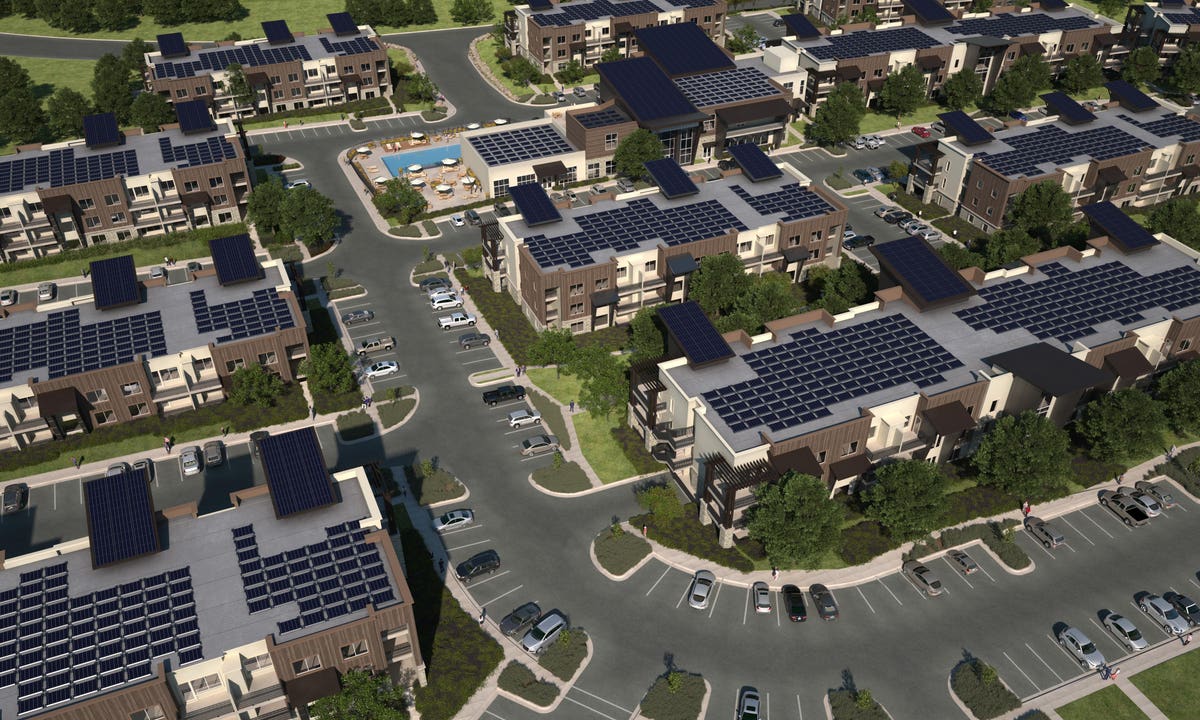 Globally, the use of renewable energy grew in 2020, representing about 90% of the total power capacity added for the year according to the International Energy Agency. In addition, renewables are positioned to overtake coal this decade as the most popular way to generate electricity.

The Sanders Institute shows that solar is now cheaper than natural gas and coal across most of the US. Those cheaper costs along with government efforts to slash climate-damaging emissions will increasingly push coal off the grid and give renewables 80% of the market for new power generation by 2030, the IEA says.

This accelerating trend is paving the way for the virtual power plant or VPP.

“Virtual power plants are a network of grid-connected assets that you could control to provide support to the grid,” said Xin Jin, who serves as a senior research engineer at the National Renewable

(Bloomberg) — Ovo Energy Ltd has partnered with a Royal Dutch Shell Plc subsidiary to offer rooftop solar and batteries to homes in Spain.

© Bloomberg
Solar panels, installed by Sud Energies Renovables SL, sit on the roof of a residential apartment building in the Gracia neighborhood of Barcelona, Spain, on Tuesday, Feb. 25, 2020. Spain installed 5,048 megawatts of solar photovoltaic projects in 2019.


The deal is the latest in a trend where energy suppliers offer complete energy systems that turn households into virtual power plants. Ovo’s Spanish offering is similar to Tesla Inc’s tariff launched in the U.K. last month that combines solar panels and a battery. Ovo is also carrying out a home battery trial in the U.K. with Sonnen.

The company entered the Spanish market last year and now has thousands of customers. Residential solar in Spain is forecast to reach 1 million rooftops 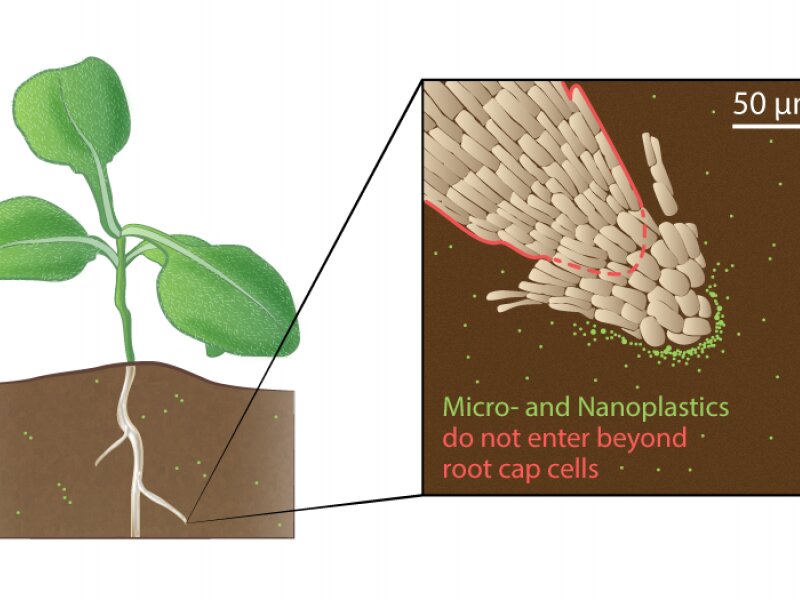 Over the last decade, scientists have been scrambling to understand the impacts of microplastics. With the breakdown of plastic bottles, washing the world’s seven billion fleece jackets, or the microbeads in face cleansers, microplastics are piling up. How they affect living things like plants is still unclear.

In soil, plastics have the potential to cause problems at the chemical level. Like a magnetic attraction, contaminants can bind to plastics, resulting in toxic accumulation. Contaminants can also hitch a free ride on plastics and potentially make their way into plants. But first, researchers need to know if microplastics—or their even smaller offspring called nanoplastics—can get into plant cells in the first

In nature, healthy plants are awash with bacteria and other microbes, mostly deriving from the soil they grow in. This community of microbes, termed the plant microbiota, is essential for optimal plant growth and protects plants from the harmful effects of pathogenic microorganisms and insects. The plant root microbiota is also thought to improve plant performance when nutrient levels are low, but concrete examples of such beneficial interactions remain scarce. Iron is one of the most important micronutrients for plant growth and productivity. Although abundant in most soils, iron’s poor availability often limits plant growth, as it is found in forms that cannot be taken up by plants. Thus, adequate crop yields often necessitate the use of chemical fertilizers, which can be ecologically harmful in excessive application. Now, MPIPZ researchers led by Paul Schulze-Lefert have uncovered a novel strategy employed by plants to overcome this problem: they release substances from

HANOVER, N.H. – October 29, 2020 – Researchers have designed a smart fabric that can detect non-metallic objects ranging from avocadoes to credit cards, according to a study from Dartmouth College and Microsoft Research.

A study and demonstration video describing the sensing system were presented at the ACM Symposium on User Interface Software and Technology (UIST 2020).

“This research has the potential to change the way people interact with computing through everyday soft objects made of fabrics,” said Xing-Dong Yang, an assistant professor of computer science and senior researcher for the study.

Climate change is leaving its mark on the bog complexes of the German Black Forest. Due to rising temperatures and longer dry periods, two plant species have already gone extinct over the last 40 years. The populations of many others have decreased by one third. In the next couple of decades ten more species could become extinct, researchers from Martin Luther University Halle-Wittenberg (MLU) and the German Centre for Integrative Biodiversity Research (iDiv) write in Diversity and Distributions.

There are only a few healthy ombrotrophic bogs, raised bogs and spring mires left in Germany. They used to cover large swathes of north-western Germany. Today they are still found in the foothills of the Alps and on low mountain ranges, for example in the Black Forest. They are very sensitive ecosystems that are highly dependent on certain climatic conditions. “These bogs and spring mires are seismographs of climate change. They