LONDON — A Tesla executive has left the electric car company and joined a London start-up that’s aiming to address the world’s plastic problem with a new chemical additive.

Steven Altmann-Richer, who led public policy for U.K., Ireland and new markets at Tesla, joined London start-up Polymateria in the last few weeks as head of public affairs and regulatory strategy, after spending three-and-a-half years at the U.S. car company.

Polymateria, which has around 25 staff based out of Imperial College’s start-up incubator, has developed a “biotransformation technology” that breaks down plastic into a wax-like substance that then gets digested by microbes. It has also created a new British standard for biodegradable plastic.

“I want to help policymakers understand that this is a truly revolutionary solution which can improve the environment in their country and globally,” said Altmann-Richer,

Plastics in the ocean can release chemicals that cause deformities in sea urchin larvae, new research shows.

Scientists soaked various plastic samples in seawater then removed the plastic and raised sea urchin embryos in the water.

The study, led by the University of Exeter, found that urchins developed a variety of abnormalities, including deformed skeletons and nervous systems.

These abnormalities were caused by chemicals embedded in the plastics leaching out into the water, rather than the plastics themselves.

The plastic-to-water ratio in the study would only be seen in severely polluted places, but the findings raise questions about the wider impact of plastic contaminants on marine life.

“We are learning more and more about how ingesting plastic affects marine animals,” said Flora Rendell-Bhatti, of the Centre for Ecology and Conservation on Exeter’s Penryn Campus in Cornwall.

“However, little is known about the effects of exposure to chemicals that leach into

For decades we’ve been recycling our bottles and cans, filling up the blue recycle bin while believing that we’re being good stewards of the environment. We had no idea where that stuff was going; we just wanted to believe that it was being taken care of and feel good about ourselves.

Well, as it turns out, all that stuff was being put on pallets and shipped to China. I was shocked. How could it be sustainable to send our recycling thousands of miles across the Pacific Ocean? But that’s how it worked, until it didn’t.

An answer from the ocean

Nov 23, 2020 (CDN Newswire via Comtex) —
Global Plastic Jars in Chemical Market 2020 by Manufacturers, Regions, Type and Application, Forecast to 2026 announced by MarketsandResearch.biz provides an expert and in-depth analysis of key business trends and future market development prospects, key drivers and restraints, profiles of major market players, segmentation, and forecasting. The analytical review on the market presented in the report is a highly dependable ready-to-refer synopsis to produce novel perspectives about various concurrent and past events prevalent in the market. The report study shows the information on market trends and development, drivers, capacities, technologies, and the changing investment structure of the global Plastic Jars in Chemical market. It examines both historical as well as current market conditions eying for forecast accuracy. Both new entrants as well as established market players willing to establish

Plastic pollution is ubiquitous today, with microplastic particles from disposable goods found in natural environments throughout the globe, including Antarctica. But how those particles move through and accumulate in the environment is poorly understood. Now a Princeton University study has revealed the mechanism by which microplastics, like Styrofoam, and particulate pollutants are carried long distances through soil and other porous media, with implications for preventing the spread and accumulation of contaminants in food and water sources.

The study, published in Science Advances on November 13, reveals that microplastic particles get stuck when traveling through porous materials such as soil and sediment but later break free and often continue to move substantially further. Identifying this stop-and-restart process and the conditions that control it is new, said Sujit Datta, assistant professor of chemical and biological engineering and associated faculty of the Andlinger Center for Energy and the Environment, the High Meadows Environmental 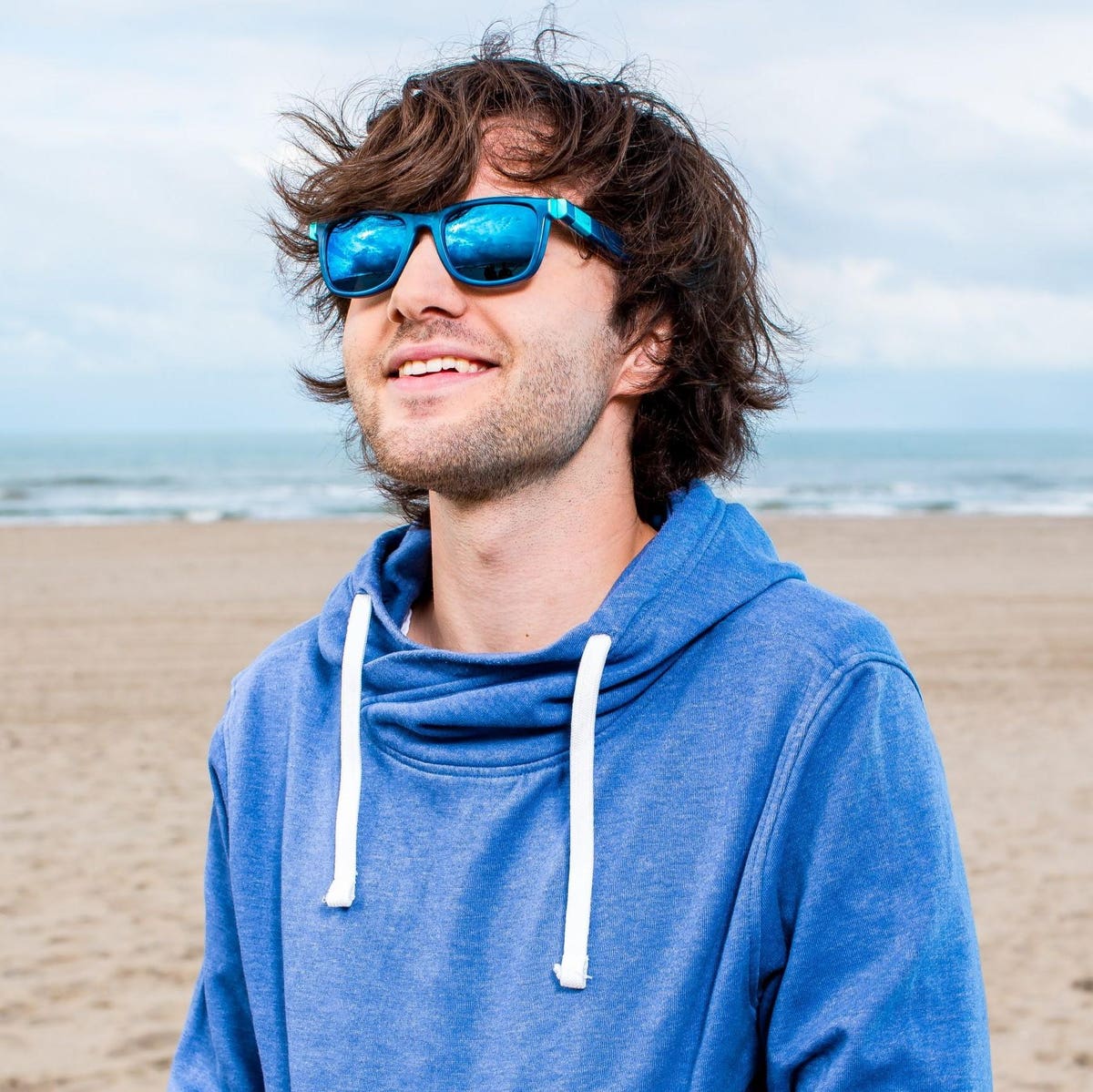 Two organizations that focus on cleaning up ocean plastic are hawking goods. The goods are made from ocean plastic, so that’s a … good thing. And potentially a clever gift for someone (or yourself).

You know the deal: Before it’s Halloween it’s already Christmas, and time for seasonal shopping. The folks at 4ocean, who have been selling bracelets to fund ocean cleanups around the world, recently introduced an iPhone case made from certified, recovered ocean plastic.

The folks at The Ocean Cleanup, who have weathered storms while trying to tackle the Great Pacific Garbage Patch (understandably, it’s an ambitious project) also are now selling their first product: sunglasses made from harvested plastic. Proceeds from both sales will go to further the groups’ causes. Be sure to mention that if you give them as gifts (or sport them 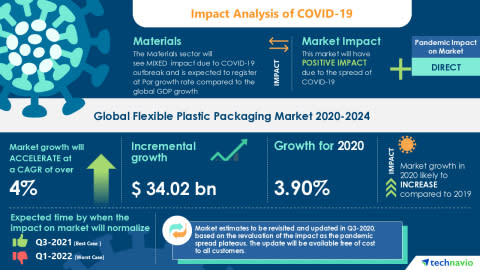 Shape strategic responses through the phases of industry recovery

Enterprises will go through Response, Recovery, and Renew phases. Download a Free Sample Report on COVID-19

The flexible plastic packaging market will witness a positive impact during the forecast period owing to the widespread growth of the COVID-19 pandemic. As per Technavio’s pandemic-focused market research, market growth

Under its plastics mission, CSIRO will work with its partners to develop new solutions that use artificial intelligence (AI), machine learning (ML), and camera sensors for plastics detection and waste monitoring in waterways.

CSIRO senior principal research scientist Denise Hardesty said the goal would be to apply technology to the entire plastics supply chain to eliminate rubbish ending up in the environment.

“Our research is helping to understand the extent of plastic pollution in Australia and globally, and how to reduce it,” she said.

“Rethinking plastic packaging is just one way of reducing waste, through better design, materials, and logistics. We can also transform the way we use, manufacture, and recycle plastics

A new study finds the United States may be responsible for as much as five times more plastic pollution than previously estimated, reports Veronica Penney for the New York Times.

The findings complicate the narrative that Asian countries, such as China, Indonesia, the Philippines, Thailand, and Vietnam, generate the majority of the world’s plastic pollution, reports Damian Carrington for the Guardian.

Previous work placed Asian countries atop a list of the world’s worst marine plastic polluters, but the new study published last week in the journal Science Advances better accounts for plastic waste the U.S. exports around the world as well as illegal dumping within its own borders.

While China remains the world’s largest producer of plastic, the researchers find that in 2016 the U.S. was the world’s number one source of plastic waste, loosing some 42 metric tons into the global environment, reports Laura Parker for National

The study presents detailed information about the important growth factors, restraints, and key trends that are creating the landscape for the future growth of the medical plastic market in the U.S. to identify the opportunistic avenues of the business potential for stakeholders. The report also provides insightful information about how the medical plastic market in the U.S. will progress during the forecast period of 2020 to 2030.