(Bloomberg) — U.S. equity futures dropped and the dollar strengthened on concern that rising coronavirus cases will weaken the economy as Washington fails to agree on an economic aid package.

In Europe, German software maker SAP SE plunged 20% after cutting its revenue forecast and saying that pandemic will hurt business through mid-2021. The announcement sparked losses across other technology stocks, sending Europe’s Stoxx Tech Index to the biggest drop since March. Apple Inc. and Microsoft Corp. fell about 1% in pre-market trading.

Turkey’s lira weakened through 8 per dollar for the first time. The country’s central bank rattled investors last week by unexpectedly keeping rates on hold, and geopolitical risks have sapped interest in Turkish assets.


Investors remain focused on the prospect of a U.S. stimulus deal, even as time runs out to finish a deal before the election. U.S. House Speaker Nancy Pelosi said the burden is on President Donald Trump to push forward on stimulus talks. Treasury Secretary Steven Mnuchin said there’s been significant progress, but blamed Pelosi for holding up an agreement.

“The current mood in the market is bracing and non committal,” said Peter Rosenstreich, head of market strategy at Swissquote Bank SA. “The concern around the Covid-19 pandemic and U.S. fiscal stimulus is dominating the market.”

He added, “Everyone is talking up the Blue Wave, but behind the scenes ‘what if 2016 repeats?’ is keeping investors cautious.”

On the virus front, the World Health Organization’s director general said some countries in the northern hemisphere are facing a “dangerous moment” after U.S. infections hit a record for the second day. European countries are also tightening restrictions on business. Spain has announced a nationwide curfew and Italy introduced the strongest measures since May.

Bayer AG climbed 2.8% after agreeing to buy U.S. biotech company Asklepios BioPharmaceutical Inc. for as much as $4 billion, bolstering its pharma division with experimental gene therapies before patents expire on some key drugs.

Boeing Co. slid 2% in the U.S. pre-market. China announced it will impose unspecified sanctions on the defense unit of Boeing, Lockheed Martin Corp., and Raytheon Technologies Corp. after the U.S. approved $1.8 billion in arms sales to Taiwan last week.

These are some events to watch this week:

The Chinese Communist Party’s Central Committee holds its all-important plenum, where it’s expected to chart the course for the economy’s development for the next 15 years. Through Oct. 29.Brexit negotiating teams have started intense daily negotiations, and these are likely to continue as both sides push to finalize a deal by the middle of November.Bank of Japan and the European Central Bank have monetary policy decisions Thursday, followed by briefings from Governor Kuroda and President Lagarde.The first reading of U.S. 3Q GDP Thursday is anticipated to be the strongest on record following a record dive in the prior quarter as many businesses were shuttered by the pandemic.

Here are the major moves in markets:

About 3% of Starlink satellites have failed so far

Mon Oct 26 , 2020
Credit: SpaceX SpaceX has drawn plenty of praise and criticism with the creation of Starlink, a constellation that will one day provide broadband internet access to the entire world. To date, the company has launched over 800 satellites and (as of this summer) is producing them at a rate of […] 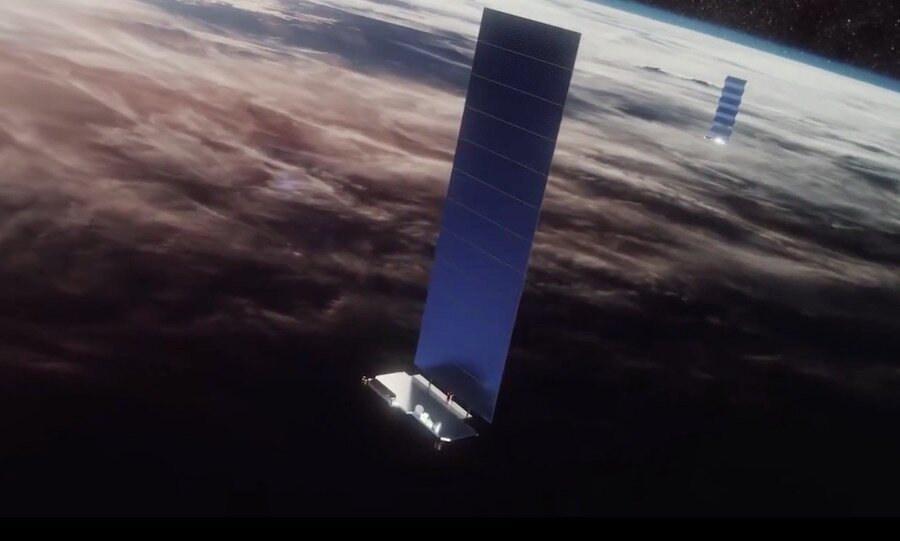