Government spokesman Marko Milic says Plenkovic is feeling fine and will continue to perform his duties from his home.

The announcement came after Plenkovic’s wife tested positive for the virus on weekend. Plenkovic’s initial test came out negative but was repeated on Monday.

Croatia has faced weeks of soaring infections with the new coronavirus. On Monday, Croatia reported a record death toll of 74 fatalities in the past 24 hours and 1,830 new infections.

The government on Monday also tightened travel restrictions requesting a negative test for most people seeking to enter the country.

— Moderna asking US, European regulators to OK its virus shots

— Fauci: US may see ‘surge upon surge’ of virus in coming weeks after Thanksgiving travel

— U.K. stocks up on vaccines, hopes to start virus shots within days

HERE’S WHAT ELSE IS HAPPENING:

During a briefing Monday, Page repeated earlier warnings that the area’s hospitals could run out of intensive care beds sometime this week. He also said the National Guard could be called in to help hospitals deal with the overload of patients.

On Sunday, area hospitals said they were using 77% of the total staffed beds and 89% of their intensive care beds.

Page said the region will be severely tested during the next few weeks and urged residents to follow safety protocols.

RIO DE JANEIRO — Brazil’s most populous state on Monday tightened restrictions again on activities due to rising cases of COVID-19.

Sao Paulo state Gov. Joao Doria ordered shops, including bars and restaurants, to limit themselves to 40% capacity and to operate only 10 hours a day in the state of 46 million people. All must close by 10 p.m.

The measure comes a day after municipal runoff elections across Brazil, campaigns that involved gatherings of voters that experts fear have exacerbated viral spread.

Brazil has reported more than 172,000 deaths from the disease, second only to the United States. It has been averaging more than 500 deaths and nearly 35,000 new infections a day.

TRENTON, N.J. — All indoor youth sports in New Jersey will be suspended starting Saturday because of the climbing COVID-19 caseload.

Gov. Phil Murphy said Monday that the pause would begin at 6 a.m. and go until Jan. 2. It covers all youth sports, but excludes college and professionals athletics.

The Democrat also said that the outdoor gathering limit would be reduced from 150 to 25 people beginning Dec. 7. The change won’t affect outdoor dining.

New Jersey, like much of the country, has seen spiking cases and hospitalizations.

The weekly average of new daily cases topped 4,000 on Monday, up from 3,500 earlier this month and above the nearly 1,000 seen in October. Murphy said Monday that New Jersey’s hospitalizations reached nearly 3,000, a level not seen since May.

MADRID — Health authorities are urging Spaniards to keep awareness against the coronavirus high after people went out in mass for shopping or admiring Christmas lights over the weekend.

Silvia Calzón, State Secretary for Health, said that authorities have insisted for months on the need to “respect a physicial distance, not a social one.”

Authorities are worried that travelling will increase during an upcoming bank holiday on the country’s Constitution Day, increasing the virus spread before Christmas and now that new cases and hospitalizations are waning.

Spain’s 14-day infection rate dropped to 275 cases per 100,000 inhabitants on Monday, from a high of 529 cases on Nov. 9. It was the first time in 45 days that the variable closely followed by epidemiologists has been under 300.

The country has officially logged 1.6 million infections and over 45,000 deaths confirmed for COVID-19 since the beginning of the year.

SAN JOSE — Officials in Santa Clara, the heart of Silicon Valley, have imposed a mandatory quarantine for anyone who has traveled more than 150 miles (240 kilometers) away from the county, including those who may have traveled to see loved ones over the Thanksgiving holiday.

The new measures start Monday and will last through Dec. 21 for now. While they are among the strictest in the Bay Area, Cody’s order stops short of a full business shutdown ahead of the holiday season. It also exempts church services and protests, which are constitutionally protected.

It’s unclear how officials planned to enforce the rules.

ISTANBUL — Turkey’s president has announced the most widespread lockdown so far amid a surge in COVID-19 infections, extending curfews to weeknights and full lockdowns over weekends.

Speaking after a cabinet meeting Monday, Turkish President Recep Tayyip Erdogan said a curfew would be implemented on weekdays between 9:00 pm and 5:00 am. He also announced total weekend lockdowns from 9:00 pm on Friday evenings to 5:00 am Monday.

The new measures are scheduled to begin Tuesday. Grocery stores and food delivery services would be exempt from the lockdowns within certain hours.

Turkey resumed reporting all positive cases last week, after only reporting symptomatic cases for four months, bringing daily infections to around 30,000. The new numbers now put Turkey among the worst-hit in Europe.

Lawmakers also are considering legislation to allow restaurants, bars and food trucks to keep state sales tax collections they otherwise would have to remit to the state, at least through February.

OLYMPIA, Wash. — Washington state is launching its statewide coronavirus exposure app, joining more than a dozen other states that have already enlisted the use of smartphone technology in the ongoing effort to prevent the spread of COVID-19.

Starting Monday, people with iPhones can enable the ‘exposure notifications’ feature that is already in their phone’s settings, and Android devices can download the app.

Use of the app is voluntary and users can opt out at any time. The statewide expansion comes after a monthlong pilot project at the University of Washington.

The technology, created by Apple and Google, is in use in more than 30 countries and more than a dozen states in the U.S.

Washington was among five states with pilot programs already testing the technology.

GENEVA — As several European countries have suspended access to the ski slopes to stop the spread of the coronavirus pandemic, the World Health Organization’s emergencies chief said the risk of catching COVID-19 while skiing is likely minimal.

“I suspect many people won’t be infected barreling down the slopes on their skis,” said Dr. Michael Ryan at a WHO news briefing on Monday.

The U.N. health agency has said the virus transmits much less readily outside because it is dispersed in the fresh air. Restrictions to slow the spread of COVID-19 have kept ski lifts closed in Italy, France, Germany, Austria and elsewhere.

“The real issues are going to come at airports, tour buses taking people to and from ski resorts, ski lifts…and places where people come together,” Ryan said.

He said that rather than targeting any specific sport like skiing or hiking, governments need to consider how best to reduce contact between people to prevent the spread of COVID-19.

ROME — Italy’s daily caseload of new, confirmed coronavirus infections dropped by a few thousand on Monday, compared to the previous day, but some 47,000 fewer swab tests were done in the same 24-hour period.

These deaths generally reflect COVID-19 cases diagnosed two or more weeks ago and aren’t considered an indication of the current rate of transmission of the virus.

Late last week, Italian health experts said the rate of transmission in the country has gradually been slowing, an improvement they attribute to partial lockdown measures in several Italian regions in the last weeks.

Still, the large number of daily new cases is worrying, they say, especially with the approach of year-end holidays, which could prompt people to ignore social distancing rules and gather in large numbers to celebrate.

ATHENS, Greece — Greek officials say the number of new infections is waning in most parts of the country, which has been in lockdown for three weeks.

A total 1,044 new confirmed infections were recorded Monday – down from a record high of more than 3,000 earlier in November – which brought the total in the country of about 11 million to 105,271.

Another 85 deaths were recorded, raising the overall toll to 2,406, while 600 people were intubated in intensive care beds.

Vana Papaevangelou, from the government’s COVID-19 advisory board, told a daily briefing that new infections were falling faster in the major cities of Athens and Thessaloniki than in the rest of the country, but said that the number of infections in the two cities still remains high.

Greece’s lockdown that initially had been set to end Monday has been extended for another week.

CONCORD, N.H. — Officials have changed course on how newly elected members of the Legislature will meet Wednesday for Organization Day amid growing concerns about the recent surge in coronavirus cases.

House Clerk Paul Smith said the 400-member House will gather outside the Whittemore Center arena, while the 24-member Senate will meet in another outdoor location before briefly joining the House. The session was originally to be held in an indoor gymnasium.

The agenda includes swearing in lawmakers, filling leadership positions and electing a secretary of state and state treasurer. Separately, the governor and Executive Council will meet inside the recreation center.

The House typically does not use its electronic voting system for Organization Day, and voting will be done via paper ballot outside, as well. Smith said that instead of criss-crossing the House chamber to deposit their ballots into boxes, lawmakers will proceed “communion-style” and those who refuse to wear masks will be segregated in a separate area, he said.

The House held several sessions inside the arena last spring, with about four dozen Republicans who refused to wear masks seated in a separate area.

Rep. Dick Hinch, R-Merrimack, and Sen. Chuck Morse, R-Salem, said in a statement Sunday that they requested the outdoor venue. They are expected to be elected leaders of their respective chambers Wednesday.

Copyright 2020 The Associated Press. All rights reserved. This material may not be published, broadcast, rewritten or redistributed.

7 Apps That Will Help You Rapidly Increase Your Productivity

Mon Nov 30 , 2020
Table of Contents1 1. Evernote2 2. DocuSign3 3. Zoom4 4. CamScanner5 5. Basecamp6 6. Hootsuite7 7. Dropbox November 30, 2020 6 min read Opinions expressed by Entrepreneur contributors are their own. As a businessperson and entrepreneur, you know that building workplace productivity is essential. A more productive work environment means that […] 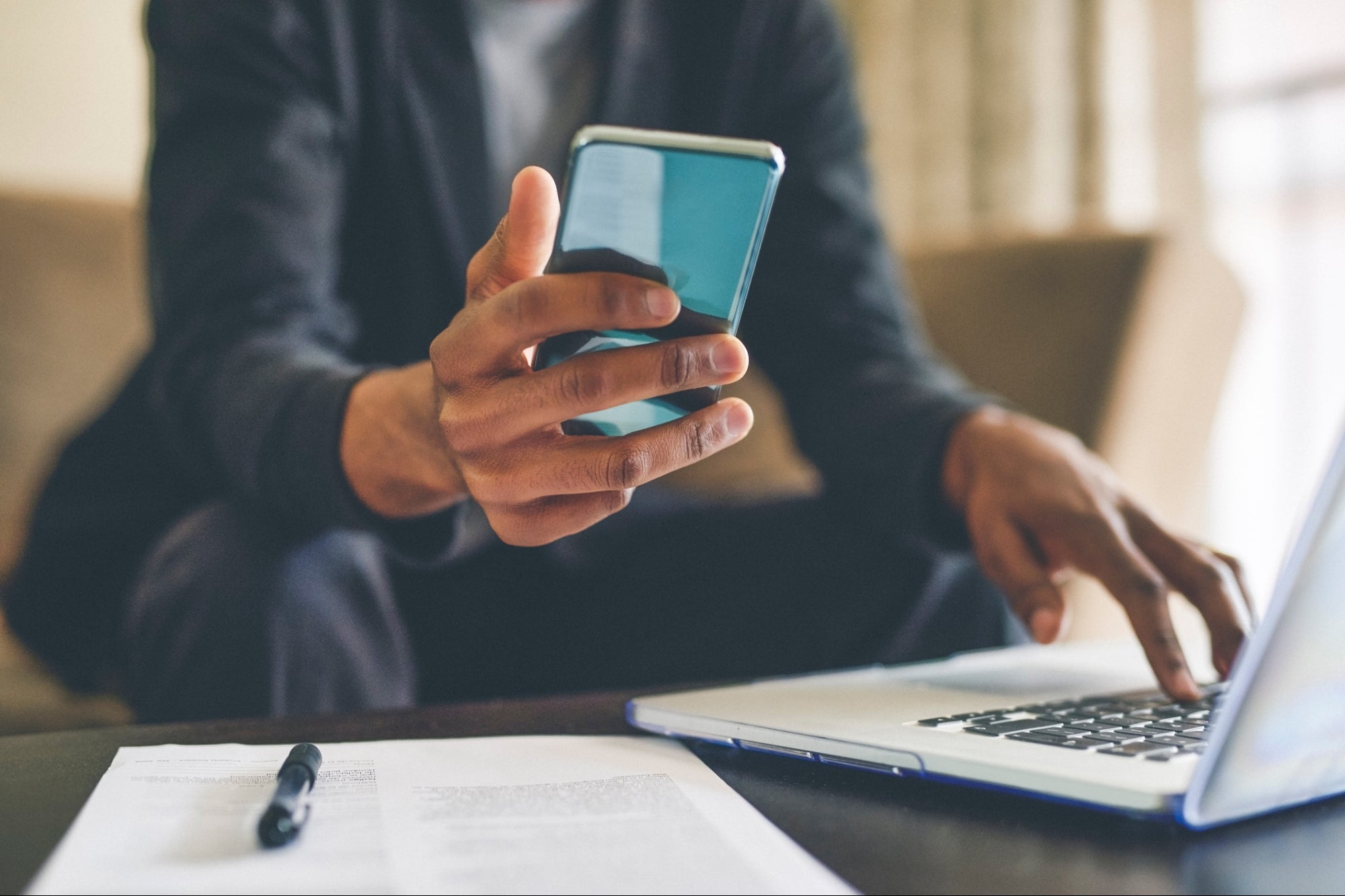