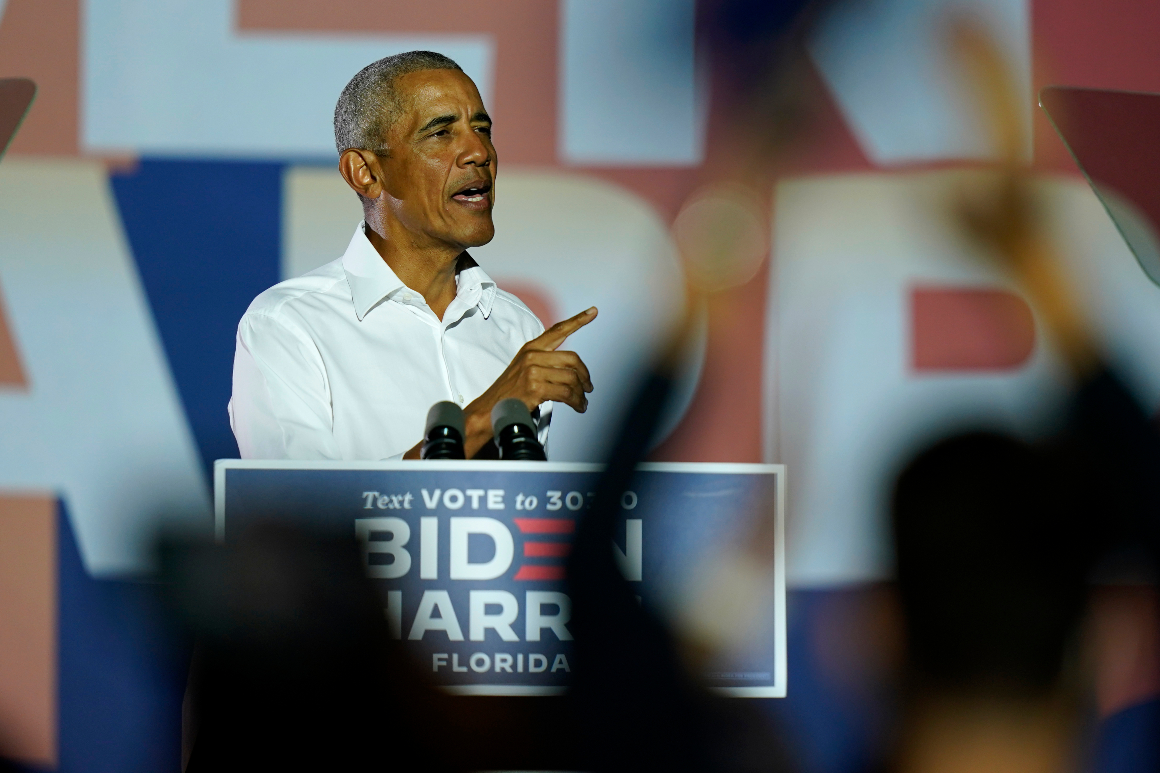 Former President Barack Obama said in a new interview that it “has been disappointing” to see congressional Republicans remain supportive of President Donald Trump’s baseless claims of widespread voter fraud and his refusal to concede the 2020 White House race to President-elect Joe Biden.

“There’s damage to this,” Obama said in an interview with “CBS Sunday Morning” that is set to air in full this weekend. “Because what happens is that the peaceful transfer of power — the notion that any of us who attain an elected office, whether it’s dog catcher or president, are servants of the people, it’s a temporary job, we’re not above the rules, we’re not above the law — that’s the essence of our democracy.”

Obama also described the fraud allegations leveled by GOP lawmakers as disingenuous, saying that “they obviously didn’t think there was any fraud going on, because they didn’t say anything about it for the first two days” after Election Day, when the results in some key swing states were still unsettled. The election ultimately saw Democrats lose seats in the House of Representatives and underperform in competitive Senate races across the country, even as Biden clinched the presidency.