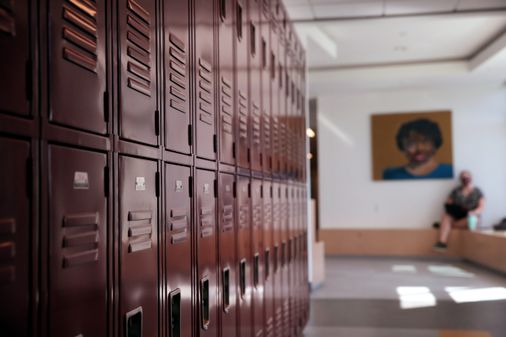 “This isn’t just a school conversation,” he wrote. “This is a community conversation. And the bottom line is that what we don’t know about this situation absolutely CAN hurt us.”

However, the decision to close a school without any evidence of coronavirus transmission within the building appears to contradict the guidance laid out by state education officials this summer and updated on Friday. Though more than 1,100 cases among students and staff have been reported in school buildings as of Wednesday, Governor Charlie Baker and Massachusetts education leaders have repeatedly said there’s been no evidence of coronavirus transmissions happening in schools.

Baker has been hesitant to directly criticize individual communities where parties have been held, including Marblehead. Asked during a press conference Friday how he felt about schools that temporarily close after parties are held, he said “local communities need to make their own call with respect to how they want to play that.”

Baker and state education officials issued a new guidance Friday that strongly discourages school districts from offering only remote learning this academic year, except when there is evidence of coronavirus transmission happening within school buildings. Baker did say, however, that a temporary closure because of concerns about large gatherings is better than returning to remote learning for an extended period of time.

“If your goal here is to serve kids in person or serve kids on a hybrid basis and you come across something that creates a circumstance or a situation that you feel requires to go remote for a week or two, I think that’s a far better outcome than just saying we’re going to stay remote, even if the data supports spending time in class,” Baker said.

Marblehead isn’t the only place to have temporarily returned to remote learning after a teen party.

Earlier this month, Franklin officials delayed the start of in-person learning at the town’s high school, and Quincy officials moved North Quincy High School back into remote learning after parties attended by dozens of students in each community. Wilmington school officials also shifted the high school back to remote learning in late October after a party attended by a “large number” of students, the superintendent wrote in an e-mail to some district parents.

Nadia Abuelezam, an epidemiologist and assistant professor at the Connell School of Nursing at Boston College, called the choice to return to remote learning without knowing whether there are positive cases “the cautious approach.”

“The decision is likely made to protect all students, not just the students who chose to go to this party,” she said.

Even when coronavirus cases aren’t ultimately traced back to these parties, precautions are worth taking, Abuelezam said. She cited the Swiss cheese model, which argues that multiple layers of protection or precaution should always be taken because “every layer of prevention is not perfect.” But when you stack several layers of Swiss cheese on top of each other, it becomes less and less likely that anything will seep through the holes, she said.

Brooke Nichols, an infectious disease mathematical modeler and assistant professor at Boston University’s School of Public Health, said the reason schools aren’t becoming superspreading sites is not necessarily because everyone in the school is coronavirus-free.

If the proper precautions are taken, people who are unknowingly infected with the coronavirus and attend school may not infect others around them, she said. The primary reason schools are not becoming superspreaders, Nichols added, is because of mitigation measures such as strict social distancing and mask-wearing.

Nichols said she feels that fear, politics, and polarization are leading school officials to abruptly close schools after a single party. She also doesn’t buy the argument that it’s too difficult to contact trace the attendees of teenage parties.

To get the information they need, contact tracers and public health leaders need to “make it a very comfortable environment” for teenagers, explaining that “no one will be punished for this at all. It’s just about making sure we keep our community safe,” she said.

Sara Bleich, a professor of public health policy at the Harvard T.H. Chan School of Public Health, agreed, saying that “to just shut down schools prematurely does not follow the science.”

When schools were first shut down in March, much about the coronavirus was unknown, Bleich said.

Schools now are being reopened with an abundance of caution as more is known about the virus, she said, saying that reclosing buildings because of a party seems “hyperbolic.”

“My sense of this is a lot of the decisions that are being made are making kids collateral damage out of fear,” she said.

When it comes to deciding whether to close schools, Bleich laid out three considerations: Will children get infected? Will school-based outbreaks occur? And if schools are closed and students are out and about in the community, could there be an overall rise in community cases?

The final question is one Baker has voiced concerns about, too.

“I can make an argument that at least at this point, it’s a jump ball in my mind about whether having all those kids at home, fraternizing with their friends, not wearing a mask, not socially distancing, on the off hours, is probably every bit as risky, maybe more so . . . than those kids being in school, wearing a mask, and having the rhythm and the structure that comes with spending six or seven hours a day in a formal setting where everybody’s got a face covering on,” Baker said during a press conference on Oct. 27.

Bleich agreed that schools may be one of the safest places for children during the pandemic. She called it short-sighted to close schools as Massachusetts sees a rise in coronavirus cases, particularly because that increase hasn’t been traced back to school buildings.